Ricciardo: You just know when the car’s working 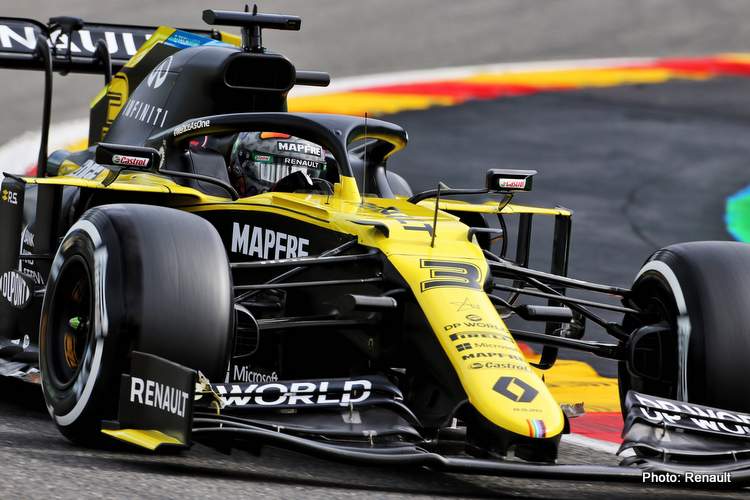 On an afternoon of surprises, perhaps because some were keeping their powder dry, Daniel Ricciardo ended the first day of the 2020 Belgian Grand Prix second quickest offering some encouragement ahead of qualifying where Renault have not been strong.

Nevertheless, the car was working for the Australian and he was upbeat despite parking it early in FP2 for safety sake.

Ricciardo said in the team’s Friday report, “During the lap, I knew it felt good and sometimes you just know when the car’s working. I knew it was competitive and I wasn’t that surprised it was up there on the timesheets. It was a good day and we certainly understood a lot from it.”

“We have to do it tomorrow, though, as that’s when it counts. Today was strong, even with the issue at the end. For safety, we pulled the car over as there’s no point taking risks with mechanical issues on Fridays,” added the 2014 Belgian Grand Prix winner.

On the other side of the garage, Esteban Ocon ended in P8, four-tenths shy of his teammate but was unperturbed by the deficit on the opening day when it really does not matter.

The Frenchman was optimistic in his summary, “It definitely looks promising for qualifying. It’s always nice to see a purple sector next to your name and that shows we have the speed.”

Chief Race Engineer Ciaron Pilbeam was on the same page as his drivers, “Daniel’s Soft tyre run was competitive; however, we’ve seen that before on a Friday so I would say only that we are cautiously optimistic. Esteban was also happy with the balance on his car.

“Daniel’s long run was going well but, after a couple of laps, the car stopped on track with a problem. That interrupted everyone’s long runs, including Esteban’s, but his run on Mediums looked consistent. We have everything we need to look at tonight to work on our qualifying and race strategy.”