Nathalie Gabert: I lost my son and that is an indescribable pain 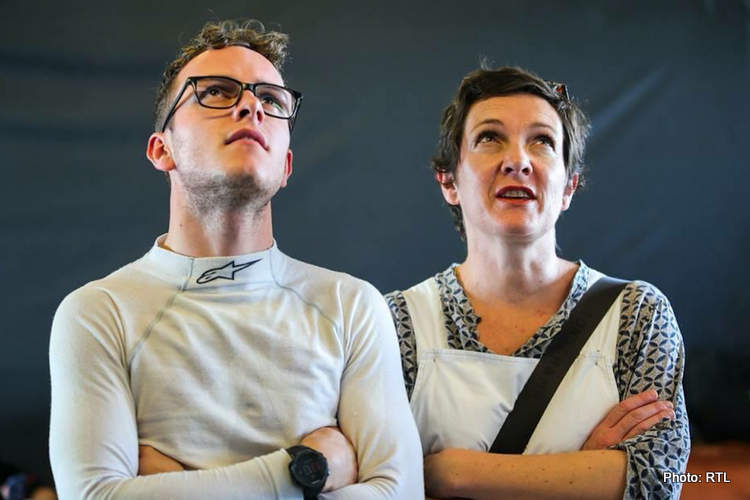 One year on from Anthoine Hubert’s death at Spa-Francorchamps his mother Nathalie Gabert spoke of her immense loss during her first interview since that horrific Saturday, August 31, 2019.

For her the tragedy that robbed her of her son feels like “yesterday”, the pain has kept her away from the Belgian Grand Prix venue this weekend in which Anthoine’s friends and rivals, as well as officialdom, have united to remember and honour the late 22-year-old Frenchman.

Speaking to RTL France, Nathalie recollected, “When he arrived at Spa for the 9th Grand Prix of the season, he had already won two races, in Monaco and Le Castellet. Finally, there was a bright future for him after so many years of fighting to find sponsorship to be able to race.

“It’s super unfair. Why him? He was one of the best, fighting in each race to prove it. But irrespective of the whole sporting side of this drama, first of all, I lost my son and that is an indescribable pain.”

Looking back on the haunting footage of the crash, it is clear that an uncanny set of circumstances conspired to cause the fatality of the BWT Arden driver that almost killed Juan Manuel Correa.

The FIA said as much in the crash investigation report: “There was no single specific cause but multiple contributory factors.”

Nathalie continued, “My son was the victim of a bad combination of circumstances or, as they often say, bad luck. Anthoine knew that it was a dangerous sport, but me a little less. I didn’t think about it. We didn’t talk about it. For protection probably.

“As for his accident, I had could not have imagined it, otherwise I would never have put my son in a kart at the age three and three months.”

A year down the road and Nathalie has opted not to travel to Spa, “I will go one day because when Anthoine died, I arrived the same evening at the circuit and I wanted to go to the scene of the accident but I could not. I regret it a little, so I will go one day. But alone.”

Last Sunday the international karting circuit of Angerville (Essonne), where her son made his racing debut was named Circuit Anthoine Hubert – Nathalie attended the renaming ceremony.

“It’s been a year since Anthoine left and I only realised today that it’s going to be a year. I still feel like it was yesterday. So these tributes help me a lot and, I hope that from wherever he is he sees all this, sees that he is not forgotten,” she explained.

In honour of Anthoine, a minute of silence will be observed on Saturday before the Formula 2 race, then again on Sunday before the start of the Belgian Grand Prix.

A logo paying tribute to #AH19 will be displayed on all single-seaters while the FIA ​​has announced that the #19 will always be that of Nathalie’s son.