Hamilton: We’re in Belgium, we’re not in the United States 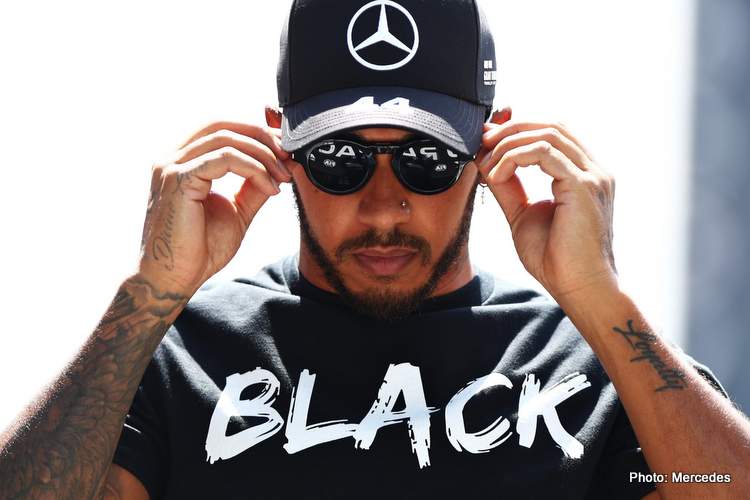 Six-time Formula 1 champion Lewis Hamilton said on Thursday he would not boycott Sunday´s Belgian Grand Prix after a wave of player protests in the United States against the police shooting of a Black Man forced the postponement of sporting events.

The NBA’s Wisconsin-based Milwaukee Bucks started the boycotts when they refused to take the court for their playoff game on Wednesday while other teams followed suit in an unprecedented show of athlete solidarity.

The protests spilled over into Major League Baseball, Major League Soccer, the Women’s NBA and tennis as Japan’s twice Grand Slam champion Naomi Osaka pulled out of a tournament after reaching the semi-finals.

In the police shooting that sparked the latest wave of outrage, Jacob Blake was shot in the back at close range by a white officer in an incident captured on video.

“Firstly, I think it´s incredible what many out there in the States are doing within their sports all the way down to the people that are hosting, commentators for example,” Hamilton told reporters via video conference on Thursday.

“But that is in America and I don´t know really if me doing it here will particularly have any effect. We’re in Belgium, we’re not in the United States.”

Hamilton, who is on course to equal German great Michael Schumacher´s record haul of seven titles this season, has been a vocal supporter of the campaign to end racism that has swept global sport since George Floyd died on May 25 after a Minneapolis policeman knelt on his neck.

Hamilton, together with some of the other drivers, has taken a knee, has ‘Black Lives Matter’ written on his race helmet and has launched a commission to push diversity in motorsport.

“I do stand unified with them, trying to do what I can over here,” he said referring to athletes boycotting events in the U.S.

“I don´t really know how, not doing the race… will still go on. But… I will still speak to Formula 1 to see what else we can do to continue to raise awareness and continue to help push.”