Correa: I’m looking for a comeback next year 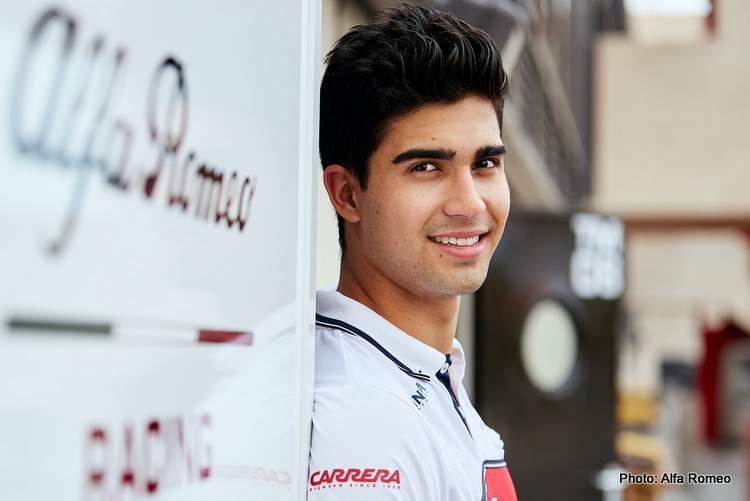 Last year at Spa-Francorchamps, on the day that Anthoine Hubert was robbed of his life during the Formula 2 race, Juan Manuel Correa escaped death in the same horrific accident but was heavily injured, still recovering and bearing the scars.

The 21-year-old from Ecuador is mercifully alive after spending two weeks in a coma and undergoing numerous operations since then in the United States where he is recuperating.

This weekend, after twelve months Correa has returned to the Belgian track where the entire paddock is united in remembering and honouring Anthoine, his spirit very much on everyone’s minds.

Correa said in an interview with F1 Insider at Spa-Francorchamps, “It’s one year since the crash happened. I felt there was a way for me to kind of close the chapter, but more importantly to pay my tribute to Anthoine.

“I haven’t been able to do so properly from Miami. It’s just been something I had pending. I just felt that coming out here this weekend, I got the invitation from F2, and I took it in a heartbeat.

“I’m happy to be here, I’m happy to see all the people from the paddock again. But it’s also going to be a very emotional weekend for me.”

His recovery out of the limelight has been tough, but he is tackling the challenges with optimism, “It’s been going quite well. I’ve been recovering really quickly, pushing a lot with that racer mindset, always doing more than necessary, but it’s worked out well.

“I’m actually looking for a comeback next year, so earlier than we thought initially, but it’s looking good. I have still quite a few surgeries left to go, but the whole metal thing around my leg should be gone by the end of this year, which means I can jump in a car, maybe as early as December,” added Correa