Verstappen: We don’t expect this race will be our favourite 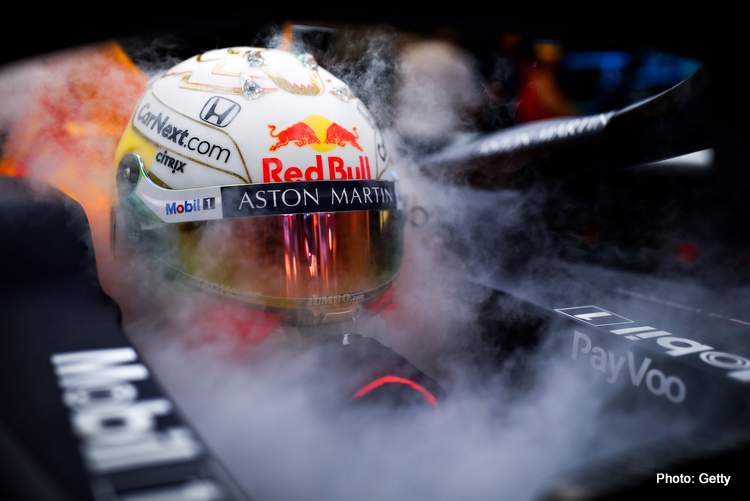 Max Verstappen versus the Mercedes has been the theme of this year’s Formula 1 season, the Red Bull RB16 might be lacking in fire-power, compared to the World Champions, but given half a chance the Dutchman will seize it as he did at the 70th Anniversary Grand Prix.

F1’s triple-header, starting with this Belgian Grand Prix, takes place at power-friendly venues which, in theory, do not auger well for the Bulls, as Honda are still lagging behind Mercedes, as are the other engine suppliers.

Max knows this and said as much in his Spa-Francorchamps weekend preview, “Over the last few years it has been a bit up and down in terms of results for us but you never know. We don’t expect this race will be our favourite this year in terms of the layout suiting our package but we will be pushing hard as we have done at every race and maximising the result as a Team.

“We’re second in the Teams’ and Drivers’ Championship so now we just need to try and keep the momentum going. There are lots of long straights which of course means you can overtake here, but also I expect the guys behind us in qualifying will be very close and knowing Mercedes have a lot of power they will obviously be very quick too.”

In five visits to the legendary venue in the Ardennes, Max has only been on the podium once for third place in 2018 but – the man whose mother is Belgian – is relishing his return this weekend, “I love Spa, it’s my favourite circuit on the calendar so I’m always looking forward to driving there. It’s a bit more old school as well so there’s not too much run off in some places.

“My favourite part of the track is Pouhon especially, the fast left-hander, it’s really fast. Getting the balance right in sectors one, two and three with the long straight and infield is crucial and so there are always compromises here and there.

“You’re also running quite low downforce, so low wing, which means the car is really alive and moving around which makes it more exciting,” explained the Red Bull driver.

Of course, this year’s event will be devoid of fans and thus the hills and forests will not be swathed in orange as has become the tradition since Max took the world by storm, and he acknowledged, “The Orange Army are normally out in full force at Spa so it’s a shame we won’t have any fans this year.”

After six rounds, Verstappen lies second in the F1 drivers’ championship 37 points behind Lewis Hamilton and six points ahead of Valtteri Bottas. Its Max versus the Mercs.