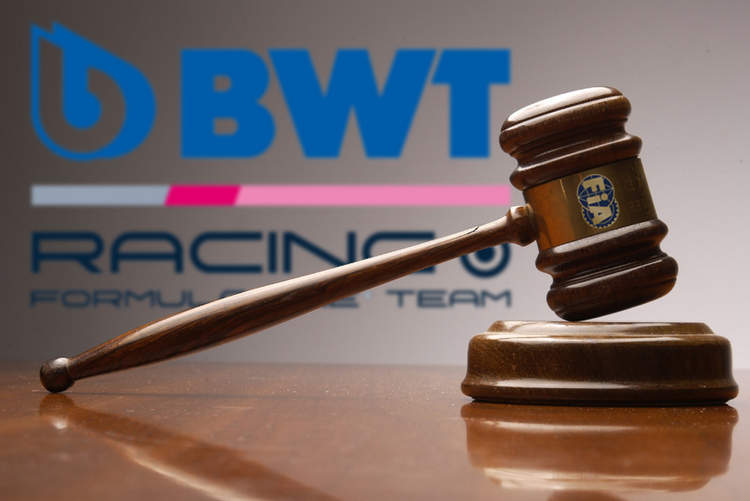 According to Press Association (PA) news agency, Ferrari are poised to remain on course for a court showdown with Racing Point in Formula 1’s “copycat” row that has grabbed headlines since Renault protested the Pink Mercedes on three occasions prior to the verdict

The FIA ruled and Racing Point were docked 15 constructors’ points and fined €400,000 for copying parts of the Mercedes Lewis Hamilton drove to last year’s championship title.

Yesterday, Renault announced they have withdrawn their appeal against the FIA’s punishment of Racing Point. This comes after both McLaren and Williams decided against pressing ahead with a formal challenge.

But the PA news agency understands that, as it stands, Ferrari have no intention of following Renault, and are keen to seek further clarity over the FIA’s verdict and a stricter punishment.

Despite their points’ reduction, Ferrari head into this weekend’s Belgian Grand Prix, two points and two places behind Racing Point in the constructors’ standings in fifth.

The matter will end up at the FIA’s International Court of Appeal if the Italian team press ahead with their action.

Renault, who first protested the Racing Point car at the season-opening race in Austria last month, said they were satisfied that the new Concorde Agreement – rules which bind the teams to the sport for the next five years – would safeguard against a repeat of the copycat row.

“Reaching this strategic objective, in the context of the new Concorde Agreement, was our priority,” the French constructor said in a statement.

“The controversy of the start of this season should be put behind us, as we need to focus on the remainder of an intense and unique championship.”

Hamilton’s Mercedes team were dragged into the scandal after it emerged they had supplied a complete set of 2019 brake ducts to Racing Point on January 6.

It was also established that they provided Racing Point with computer-aided design models for the parts which assisted them in building this year’s car, dubbed the ‘Pink Mercedes’.

F1’s governing body ruled that the transfer of brake ducts from Mercedes to Racing Point did not constitute a “significant breach of the sporting regulations” and the sharing of data was within the rules. The world champions deny any wrongdoing.