Vettel: It will be tougher but anything can happen at Spa 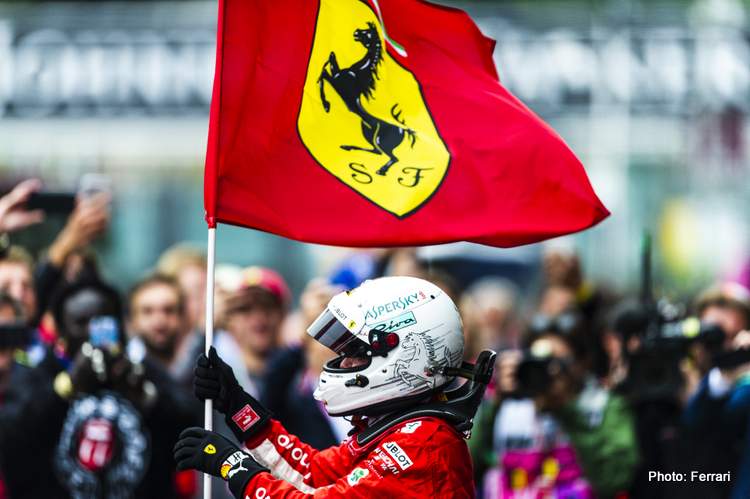 Ferrari are priming the Tifosi for another weekend of despair when they set up camp for the 2020 Belgian Grand Prix at the power-hungry and daunting Spa-Francorchamps.

The Reds are yet again in crisis, reeling with polemics sparked by their secret-engine deal, plus their subsequent loss of grunt and of course the protracted saga with their $40-million-a-year driver Sebastian Vettel.

All paint on a canvas of disarray that has the sport’s most supported and successful team, a shadow of its mighty self, enduring their worst season this century.

The German, wearing his heart on his sleeve in these final days in red, is cautiously pessimistic heading to the venue where he has won thrice, once for Ferrari and twice during his Red Bull heyday.

Vettel predicted in the team’s preview of the weekend ahead, “It will be tougher for us in terms of performance this time around as we do not have the same level of competitiveness as we did in 2019.

“However, we have seen that anything can happen at this track, especially with the unpredictable weather. As a team, we will have to work very hard to do all we can to get the most out of the car right from Friday.

“In free practice, we must gather all the information needed to pick the best strategy for qualifying and especially for the race,” is Seb’s warcry ahead of another battle in the Ardennes.

The four-time Formula 1 World Champion also spared a thought for Anthoine Hubert, the French driver who lost his life during last year’s Formula 2 race at the Belgian venue.

“Spa-Francorchamps circuit has a special place in my heart. While it is here that I took my first win, it is also where we lost our friend Anthoine last year. It will be difficult to return to this track and he will be in our thoughts all weekend,” added Vettel who lies 11th in the drivers’ championship after six rounds.

Also in the Spa preview, the reality of Ferrari’s current situation was aptly summed up by the team’s Head of Power Unit Enrico Gualtieri, “In this first part of the season we have seen the championship pretty much divided into two groups: on the one hand, three drivers who seem to be uncatchable and on the other, another ten or so all within a few tenths of one another.”

The three drivers he is referring to are Championship leader Lewis Hamilton and his closest challengers Max Verstappen and Valtteri Bottas, which leave the Reds where they do not want to be, with the “other” group which toils in the heart of the packed and often frenetic midfield.

Gualtieri continued, “In Barcelona, we paid a high price for a lack of reliability, and in fact we have now identified the problem with the electronic control unit that caused Charles’ retirement.

“But we also suffered from not maximising our qualifying performance, which put us in a difficult situation in the race. Aware of the current difficulties, we have to focus on our work in preparing for the weekend.

“The main aim is to ensure the drivers can get the most out of the SF1000. We must optimise the car-PU package, work well in the garage, define the best strategy and be efficient when it comes to reacting to changing conditions.

“Every thousandth of a second counts, every decision can make the difference,” explained the Ferrari engineer.