Vasseur: Nothing happens from a day to the other in F1 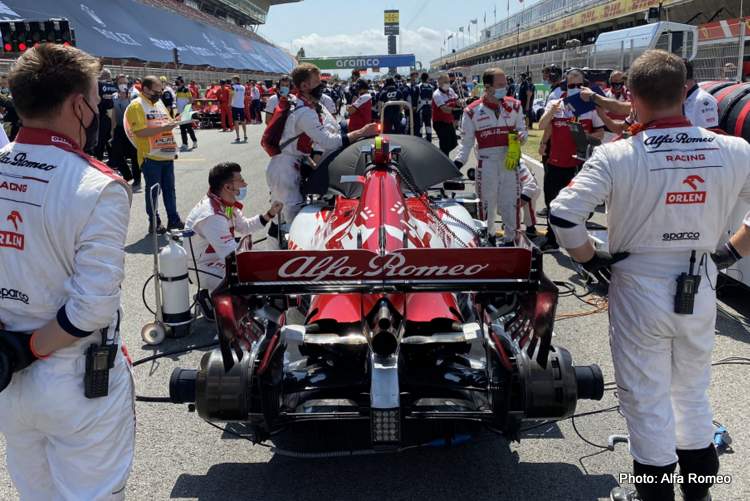 It is no secret that Ferrari powered Formula 1 teams have been compromised by the controversial FIA-Ferrari deal that has severely curtailed the effectiveness of the PUs with the Prancing Horse badge fixed to them.

Furthermore, we won’t be hearing complaints from Haas or Alfa Romeo any time soon as Non-Disclosure Agreements are sure to prevail in the legalities of these partnerships. In other words” No trash-talking our Ferrari PUs… ever.”

One of those clauses that one imagines would require initials to insure the signatory does actually read that particular small print.

Whatever the case, Alfa Romeo have been deeply affected by the down-swing in power, aggravated by a dodgy C39 chassis doing Kimi Raikkonen and Antonio Giovinazzi no favours and locked to the wrong-end of the grid with no clear way to the sharper-end.

As a result team boss, Fred Vasseur is tempering expectations ahead of this weekend’s Belgian Grand Prix, “It doesn’t need saying that everyone in the team is working extremely hard to bring improvements to our car and to extract its full potential.

“Nothing happens from a day to the other in this sport, however, so we have to be realistic about our expectations. We have to take this one step at the time, chipping away at the gap and continuing to push between now and the final race,” added the Alfa Romeo team principal.

Even veteran Raikkonen is fired-up to turn things around, and said in the team’s Spa-Francorchamps preview, “We need to keep working hard to close the gap with those in front of us. Everyone has to do their part, in the car and at the factory, to make the most of what we have.”

The Iceman – with zero points to his name – for the first time in his career has not finished among the top ten in the first six races since his points-scoring debut for Sauber at the 2001 Australian Grand Prix, reflecting the sad times at Hinwil.