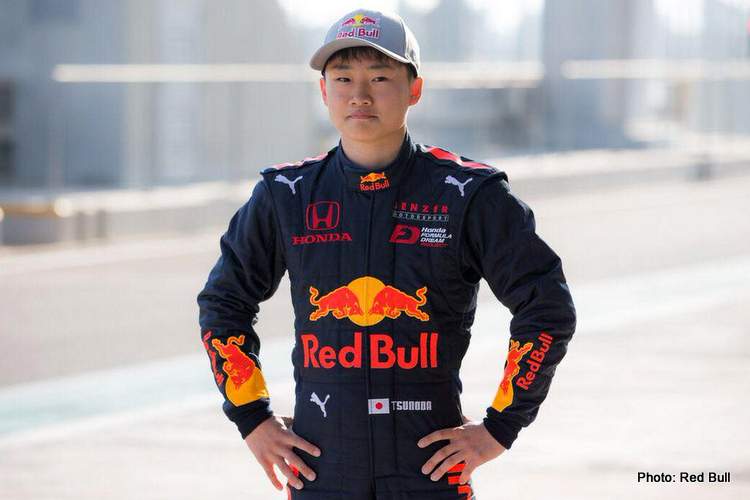 Breakthrough Formula 2 star Yuki Tsunoda has been impressive so far this season. So much so, AlphaTauri boss Franz Tost expects the Red Bull backed driver to have a seat in his team “sooner or later”.

Having finished ninth in last year’s FIA F3 championship, the 20-year-old Japanese driver has already taken a win and two further podiums in F2 this year.

It was Tsunoda who prevailed as the Prema duo of Mick Schumacher and Robert Shwartzman came together in the closing stages of the second Silverstone sprint race.

Yuki has been a member of the Honda Formula Dream Project since 2018 after dominating the 2018 Japanese F4 championship. With strong ties to both Red Bull and Honda, the path to F1 with the outfit seems pretty straightforward.

“First of all, Red Bull and Honda are supporting Tsunoda because he is a fantastic rider.

“He is a very talented rider, he has so many qualities that he showed in Formula 3 last year and that he is showing again this year.

“I remember the race in Austria when he raced in wet track conditions. He was leading the standings, he was leading the race, but due to a radio failure he was called in too late for a pitstop, but nevertheless finished second. Then at Silverstone, he won the race.

“He is still improving his performances, he is becoming more and more experienced and I expect to have him, sooner or later, at AlphaTauri of course.”

Meanwhile, Tsunoda acknowledges that he won’t make it to Formula 1 on brand support alone.

“I think the biggest thing is I need consistency,” Tsunoda has said. To date, his performances in F2 have seemed to be all or nothing, but he has found himself with a solid haul of points since racing arrived in Silverstone.

“It’s still not consistent. I think for the future this race [at Silverstone] was a really, really good race for me, good learning, and a good step for Carlin.

“I expect a lot of wins in the future, and to have good points for the drivers’ standings and hopefully I can get a seat for 2021 with AlphaTauri.”

There is no doubt Tsunoda is confident as he sets his eyes on an F1 seat in 2021. With Alex Albon still to find his feet at Red Bull in 2020 and Honda to favour their protege over Daniil Kvyat, if things go his way in F2, he has every right to be confident.