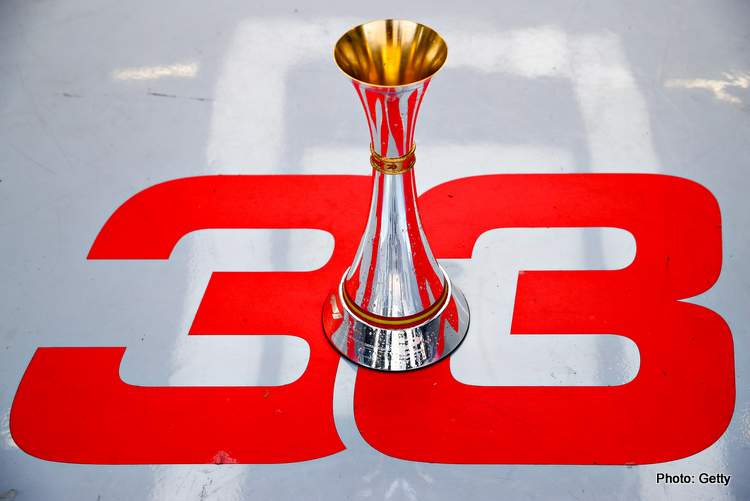 Jenson Button is of the camp that believes that Max Verstappen is the Formula 1’s next version of Michael Schumacher and Ayrton Senna before him, citing the Dutchman’s “annihilation” of teammate Alex Albon as proof and rendering Red Bull a one-car team.

Those in that camp also believes that only the 22-year-old is the only current driver at the level of six-time F1 World Champion Lewis Hamilton, who Mercedes have built the team around as Valtteri Bottas has inherited the number-two role but at least he does push and, on occasions, beat his teammate.

Speaking to Motorsport Network, Jenson explained his theory regarding Verstappen’s dominance within the Red Bull team after the Dutchman dispensed of highly rated Pierre Gasly and now, the driver who replaced the Frenchman, Albon, “You compare him to his teammates the last two years, he has just annihilated them.

“I haven’t seen that in motorsport for a very long time, probably back to the Ayrton Senna days, and Michael Schumacher days. I don’t think there’s been a driver that’s annihilated their teammate like he has in a very long time.

“He is doing an exceptional job. I would love to see him go up against Lewis in a championship fight. Those two, top of their game, it’s what we all want to see. Is it ever going to happen? I don’t know.”

Currently, Alex Albon is the teammate (aka victim) of Verstappen’s genius and the stats are not pretty for the Thai driver who is anything north of half a second down the guy in the #33 car, also nowhere in the race in comparison.

Thus, logic dictates that the focus of Red Bull and Honda will always be first and foremost to the benefit of the driver that is likely to bring in the results, the one who delivers beyond the call of duty.

But Button sees the downside of this for Max, “It’s tough for him because now he doesn’t have a competitive teammate. He’s out on his own. He’s probably not able to progress as much because his teammate isn’t where he is at, in terms of pace.

“When your teammate is half a second off you, which normally is, you don’t tend to listen to his set-up changes and his set-up work. You’re basically a one-car team. It’s tougher.”

These days the only thing between Max and victories are Mercedes, indeed he splits Hamilton and Bottas in the F1 drivers’ standings after six rounds and no one else remotely close.

Button suggested, “He looks to the Mercedes, and I think it frustrates him. Silverstone was awesome, what a great result, but then in Barcelona, you can hear the frustration in his voice on the radio.

“He just can’t challenge them, because he doesn’t have the car underneath him. It’s tough for him, but he’s just got to do the best job he can with the car he has,” concluded the 2009 Formula 1 World Champion.

When you realise we’re racing at Spa this weekend! 😍 #BelgianGP 🇧🇪 #ChargeOn 🤘 pic.twitter.com/pv4btjVvoh