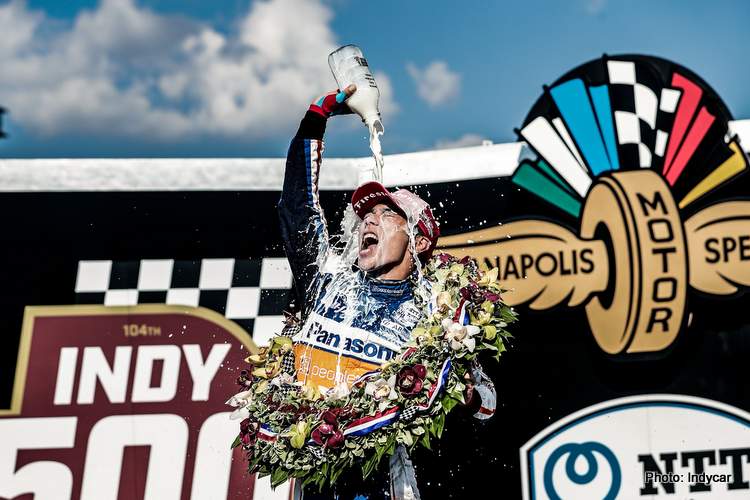 Takuma Sato thought his motor racing career had come to an end when he bid farewell to Formula 1 in 2008 but the Japanese driver is relishing his “second chance in life” after winning the Indianapolis 500 for a second time in four years on Sunday.

Sato, who became the first Japanese driver to win the Indy 500 in 2017, crossed the finish line unchallenged on Sunday after Spencer Pigot crashed into the wall with five laps left, bringing out the yellow caution flag.

“Look … 40-years-old, still driving, that’s just living in a dream,” Sato told reporters. “People say 2012 was probably my peak and the best shot … we kept ongoing. We had a second chance in life.

“I say keep challenging, keep open the door, then you’ll get eventually the chance. I never thought my racing life would go on any longer than Formula 1. Now I’m competing here more than 10 years.”

Sato, who became one of only 20 drivers to have won the Indy 500 at least twice, said he would never tire of competing in the race, “You’re always hungry to win, no matter who you are… There’s just an energy that is Indy 500.”

.@TakumaSatoRacer does it, again! Congratulations to Takuma Sato on winning the 104th Running of the #Indy500 presented by @GainbridgeLife. #INDYCAR // @IMS pic.twitter.com/Tnn0X9ywWb