Mr President, why is tobacco money still allowed in F1? 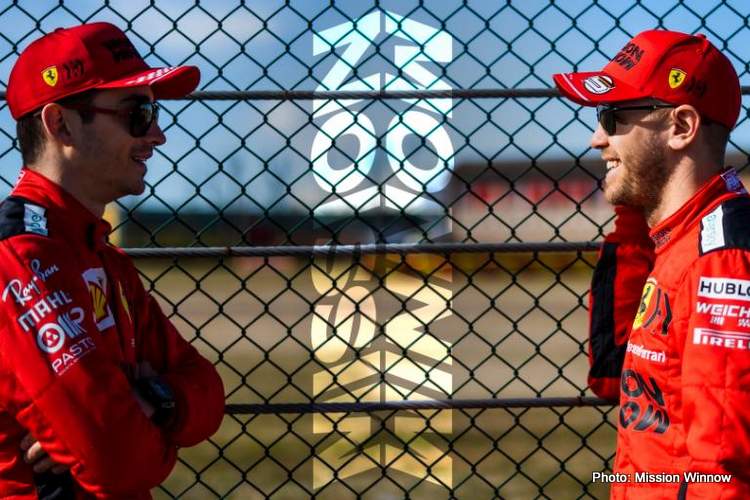 “Why is the tobacco industry so eager to sponsor F1? F1 fans are overwhelmingly young, male and affluent—Big Tobacco’s ideal customers. With over six percent of the world’s population watching, this is an audience the industry desperately wants to seduce.”

That’s the pretext to a campaign aimed at FIA President Jean Todt to do away with lingering tobacco advertising which pumps substantial amounts of money into motorsport at the highest level, with his former Ferrari team one of the main culprits.

exposetobacco.org initiated a campaign whereby visitors can send a Tweet to FIA President Jean Todt to highlight the situation. We did our bit:

.@FIA @JeanTodt Tobacco has no place in sports. Now is the time to ban all tobacco sponsorships in #F1. #ExposeTobacco and stop #DrivingAddiction

The following statement was released by exposetobacco.org:

The full report can be downloaded here>>>

As Formula 1 celebrates its 70th season, new research finds that teams and events have sold $4.4 billion in advertising and sponsorship to tobacco companies over the years. The findings are published in the first-ever analysis of tobacco industry advertising in F1, based on data from F1 industry monitor Formula Money and released by global tobacco industry watchdog STOP.

The new report, Driving Addiction: F1 and Tobacco Advertising, shows that Philip Morris International (PMI) and British American Tobacco (BAT) spent almost $100 million in 2019 and will spend $115 million in the 2020 season to target F1’s 500 million global fans. The sport has the second-highest proportion of fans under age 25 of all global sports leagues.

PMI and BAT benefit greatly from their involvement in the sport, including their chosen brands featuring prominently on race cars and driver suits.

F1’s governing body, the FIA (Federation Internationale de l’Automobile), made a public commitment in 2001 that it would ban tobacco sponsorship from international motorsport by 2006, in line with a World Health Organization treaty, the Framework Convention on Tobacco Control (WHO FCTC).

But in 2003 the FIA watered down its commitment to a “recommendation” that promoters and competitors cease all forms of tobacco sponsorship from October 1, 2006. Many tobacco companies had already agreed to leave the sport in or before 2006, but the FIA’s diluted stance meant that a full ban was never enforced.

Since then, the FIA has allowed PMI to continue its association with F1. In the past two years, under the watch of the FIA and Liberty Media, the sport’s owner since 2017, the new research shows PMI’s sponsorship activity has increased and BAT has returned to the sport.

In 2019, the WHO called on F1 to ensure that the sport’s activities and participants, including race teams, are not sponsored by tobacco companies. In 2020, PMI and BAT remain as sponsors. STOP is calling on the FIA, Liberty Media and F1 teams to finally end all tobacco advertising and sponsorship in F1.

Caroline Reid of Formula Money, a co-author of the report said: “For tobacco companies, the benefits are clear. This is a global sport that draws more than 500 million fans worldwide, mostly young and male—a prized demographic.

“And tobacco companies receive a real return on investment – which we calculated to exceed $150 million last year. This figure is based on race coverage alone, not qualifying rounds, news reports or other media, so the total value is probably much higher.”

“Tobacco companies are ploughing more money into F1 as they look to hook yet another generation on their harmful products. Sports-related advertising has been a key strategy in the tobacco industry’s targeting of youth,” said Phil Chamberlain, a partner in STOP.

“In a typically slippery move, PMI and BAT claim that they aren’t directly advertising cigarette brands. But according to trademarks registered by the companies, these brands are associated with tobacco products. The money, ultimately, comes from manufacturing and selling products that contribute to the deaths of more than 8 million people every year.”

“We must not go backwards in the fight against tobacco. We call on governments to enforce strong bans on all advertisement, promotion and sponsorship of tobacco and related products. Promoting these products attracts new tobacco users, especially among young people, causing harm for generations to come,” said Ruediger Krech, Director of Health Promotion, World Health Organization.

The Executive Summary and Full Report are available at exposetobacco.org/driving-addiction

Mary Assunta, a partner in STOP concluded: “Governments and the public should not be fooled. PMI and BAT are using their new products to try to justify their resurgence in F1, but WHO is clear that FCTC-compliant tobacco sponsorship bans apply to companies as well as products.

“Worse, BAT is using its sponsorship to directly advertise its new products when many countries around the world have banned these products or restrict their sale and advertising. The sport is allowing BAT to undermine these restrictions, just as it helped tobacco companies circumvent cigarette advertising bans in the past.

“The FIA claims that it wants to promote a net positive contribution to society. That’s not possible while it is still linked to an industry that causes such harm.”