Haug: What Lewis has achieved is unlikely to be repeated 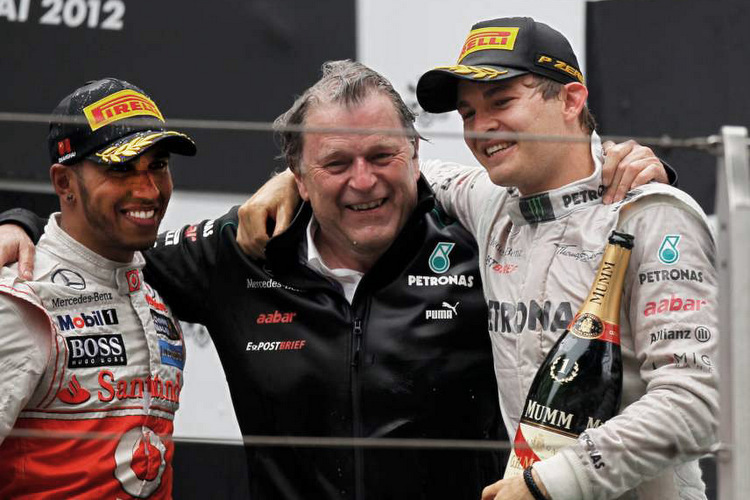 Norbert Haug was one of the key players in getting Mercedes back into motorsport and eventually Formula 1 after decades on the sidelines, the manufacturer avoiding racing programmes on an official basis in the wake of the 1955 Le Mans disaster.

In 1990, Haug started with Mercedes and since then oversaw the manufacturer’s Formula 1 engine supply programme, sportscar and Le Mans project with Sauber, DTM and other GT programmes, and of course the McLaren F1 partnership which coincided with the rise-and-rise of Lewis Hamilton.

Speaking to F1-Insider, Haug stated, “For ages, it was unimaginable that Michael’s previously unique record would ever be overtaken or even surpassed. But if you paid attention, it became clear two years ago at the latest that Lewis is on the very best path to surpass all existing Formula 1 records.

“Michael never had such a superior environment and such an unrivalled racing car as Lewis finds at Mercedes. Which should by no means diminish the great performance of this man and exceptional driver, whom I have accompanied from karting to Formula Renault, Formula 3, GP2 to Formula 1, and then his first pole position, his first victory at the GP Canada 2007 and his first world championship win in 2008.

“What Lewis has shown in terms of consistency and ability in Formula 1 for 14 years now, is simply unique and has never been there before. And in my estimation, it will most likely never be repeated.”

Hamilton has been part of the Mercedes ‘family’ since his early teens, and very much a product of the programme to help drivers make it through the feeder series with F1 the ultimate goal..

Haug explained, “Lewis did not fall from the sky into the kart as a potential world champion. It is well known that he grew up in modest circumstances.

“His father Anthony is the main blacksmith and the cornerstone of Lewis’ success story. Without his tireless work to earn money for his son’s sport, the successful basis could never have been created. What Lewis knows, of course, and what he will be eternally grateful to his father for.

“The young Lewis was already special when he was our guest at Mika Häkkinen’s world championship celebration at the Mercedes Museum in Stuttgart at the age of 14; he was polite, well behaved, he wasn’t the focus of course but he was happy and proud to be there,” recalled the former Mercedes motorsport boss.