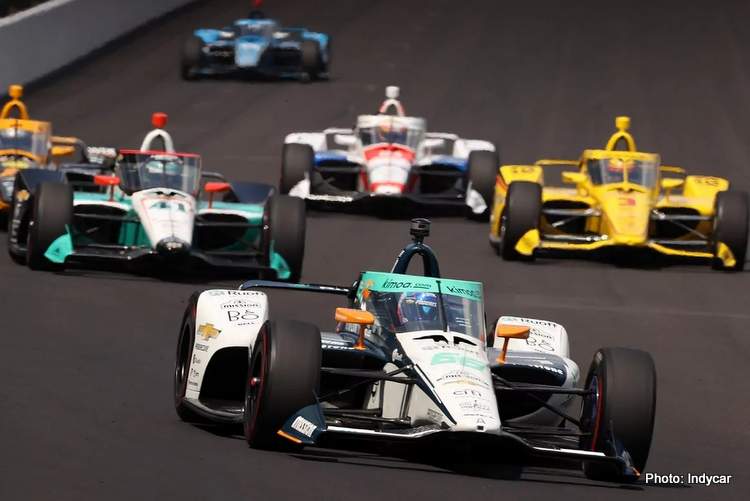 Fernando Alonso’s quest to complete the final leg of motorsport’s elusive Triple Crown continues after he finished a lapped 21st as a result of suffering clutch trouble in his McLaren and possibly ending the Spaniard’s attempt to match Graham Hill’s unique feat.

The Spaniard’s Indianapolis 500 week started badly when he was the first to crash during practice when he speared the wall with his #66 Arrow McLaren SP and thus appeared to compromise his build-up to the 104th running of the great race. He only managed to qualify in 26th; in his rookie year he qualified fifth.

The 39-year-old summed up his afternoon: “I’m happy to finish the race, that is positive… the negative is that we were out of contention very quickly with the clutch problem.

Anyway, I think the Arrow McLaren SP team was fantastic during the race, the strategy and pit stops meant we were always gaining positions. I’m very proud of the work we’ve done over the last couple of weeks. We tried to race, but luck was not with us today, but I’m proud of the effort from everyone in the team.”

My first Indy500 completed! A great experience! ✊️
When we were already at half point of the comeback (P15 mid-race) we had a clutch failure..so every pit stop from there we had a manual start with mechanics pushing old school! Happy anyway! Thanks Indy ❤️ pic.twitter.com/8wmAq2KhEi

“Our fans fell in love with Fernando,” Indianapolis Motor Speedway President Doug Boles told reporters on a call ahead of this year’s race. “They knew his talent when he came here and he has embraced the Indianapolis 500 and the entire experience.”

Penske Entertainment President & CEO Mark Miles said Alonso’s star power has been a boost to IndyCar’s popularity, “He’s one of the best drivers ever, one of the most famous, best-known personalities in sport around the globe.

“He’s a real pro and very down-to-earth person and it has been a pleasure to get to know a little bit. Any time we can get him here, we’re delighted.”

But the French team boss Cyril Abiteboul has ruled-out any Indy 500 forays during the reunification, “I can be very clear that once he is with us, that is for good, and for a while, so no distractions.”

This is sure to put the Triple Crown dream on ice for the Spaniard who can, however, take some solace from this year’s winner – Takuma Sato – who did the deed, for a second time at 43 years of age.

So time might still be on Alonso’s side when his second F1 adventure eventually runs its course.

Notably, Sato drove for BAR-Honda in 2005 when Alonso won his first F1 world championship, and in 2006 the Japanese driver raced for Super Aguri when the man from Oviedo won his second title.

But on Sunday, at the Brickyard, the 104th running of the great race, it was role-reversal with Takuma champion and Fernando a lap down, out of the top 20.