The Indy 500 show had to go on despite lockdown 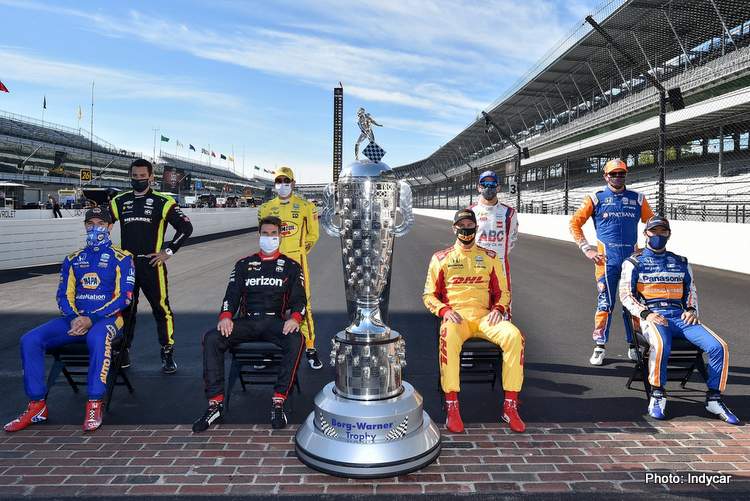 The Indianapolis 500 has been stripped almost to the bone for the 104th running of “The Greatest Spectacle in Racing” – the iconic test of man and machine is too important to new owner Roger Penske to cancel in the year of the coronavirus pandemic.

Its importance to the survival of IndyCar teams meant the race had to be staged even if the gates at Indianapolis Motor Speedway will be closed to fans for the first time in its long, storied history.

“Virtually every sponsorship you have is tied to this event. It’s the 800-pound gorilla,” said Bobby Rahal, owner of three cars entered in Sunday’s race that was rescheduled from its traditional Memorial Day weekend slot.

“I think the idea of not having the Indy 500 would have been disastrous to probably every team,” he said. “It would have been a death knell to some teams, so, yes, this race had to happen.”

Penske, the billionaire businessman who closed his purchase of the national landmark speedway and the series itself in January, will host the marquee race practically out of pocket.

The Indy 500 was canceled only during World War I and World War II and Penske’s staff has gone to extreme lengths to make the race still feel like a world-class event even without fans.

It’s cachet improved when Marco Andretti won the pole, a feat not done by his famous family since Mario Andretti did it in 1987. Marco was just two months old when his grandfather won his last Indy pole and Marco’s father, uncle and cousin all failed to duplicate the effort.

Mario’s victory in 1969 is the only Indy 500 win among five Andretti drivers covering 74 starts. It was Marco, as a rookie in 2006, who last came closest to ending the “Andretti Curse” when he was beaten at the finish line.

This is his time, a full 15 years later, and Andretti is up for the challenge. The family will be honored before the race as Mario Andretti drives son, Michael, around the speedway in the two-seater before Marco takes the green flag.

“I feel good and I’m not stressed out. My grandfather and I even talked about it, there’s something about our family that lives for this type of good pressure,” Andretti said. “I feel at home. I feel in my element. Feeling pressure means you are playing for something.”

His top competition seems to be his very own Andretti Autosport teammates as the Honda-powered cars trounced Chevrolet in qualifying. The Andretti camp starts four drivers in the first three rows, while Honda took all but one of the nine slots.

The front of the pack includes a pair of rookies: Alex Palou in a Honda for Dale Coyne Racing, and 19-year-old Rinus VeeKay, the lone Chevrolet driver to crack the fast nine who is mentored by fellow Dutchmen and two-time Indy 500 winner Arie Luyendyk.

The Chevrolet contingent is mostly stuck in the back of the 33-car field — which filled up late. DragonSpeed Racing with driver Ben Hanley announced its entry just last week and missed almost two full days of practice getting a car prepared.

The back of the field includes Penske’s entire four-car fleet, which includes the last two winners in Simon Pagenaud and Will Power, defending IndyCar champion Josef Newgarden, and three-time Indy 500 winner Helio Castroneves.

For Castroneves, it just might be the winding down of his 20-year relationship with Penske. The sports car arm of Team Penske is taking a pause in 2021 and it leaves Castroneves without a full-time job. He very much wants to return to IndyCar next season.

“The situations may be with another team. Who knows?” Castroneves said.

Castroneves and Tony Kanaan, two wildly popular drivers, are both facing uncertainty after this 500. Kanaan knew he would not run a full IndyCar season but this five-race farewell tour has been ruined by the pandemic and he wants to be back at Indy next year.

As the two Brazilians work on their schedules, they have both been among the first drivers announced to compete in Tony Stewart’s upcoming all-star series for veteran drivers.

Fernando Alonso is back for a third attempt at closing out the Triple Crown of motorsports. The two-time Formula One champion did not make the Indy 500 last year and this could be his last chance for a bit to add Indianapolis to a resume that includes victories at Monaco and Le Mans.

Alonso is returning to F1 next season and will miss the Indy 500 the next two years. He said if he wins Sunday he will have achieved his goal, but t he Arrow McLaren SP team has only been mediocre leading into Friday’s final practice. It was only then the McLaren team showed a flicker with teammate Pato O’Ward topping the final speed chart. Alonso, the only driver to crash during Indy 500 practices, was 23rd.

Somewhat under the radar of the Andretti-led Honda challenge of Chevrolet is five-time IndyCar champion Scott Dixon, who will start second alongside Andretti.

The [other] Iceman has been phenomenal in this abbreviated season with three wins and four podium finishes. He’s got a cozy lead in the IndyCar championship standings and is seeking to add a second Indy 500 win to his stacked resume.

Dixon was genuinely pleased for Andretti after Andretti knocked him from the pole, but the fun is over come Sunday.

“I hope it’s us winning the Indy 500,” Dixon said. “That’s what we’re thinking about. It’s honestly all just thinking about us trying to win the race and be best prepared.” (Report by Jenna Fryer)

The only thing between them and glory is 500 miles. And each other.