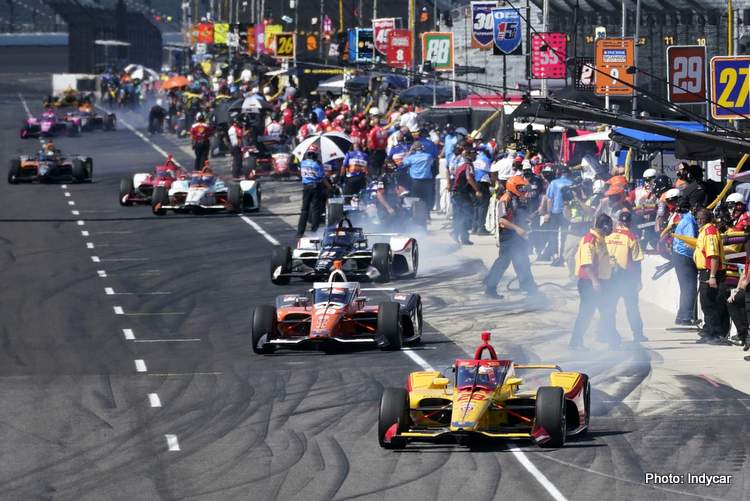 The 2020 Indianapolis 500, the 104th running of the great race, as always will be an emotional rollercoaster for all 33 drivers their families, teams and fans and if there is one race where a win is a career-changer then this is it.

The 33-car starting grid – which includes drivers from 11 countries – will compete for 200 laps on the 2.5-mile Indianapolis Motor Speedway oval. The field averaged 229.339 mph in qualifying.

For viewers of the spectacle its worth noting an array of intriguing sideshows and sub-plots that make this edition of the race so special.

For Formula 1 fans, readers of this site in particular, it is refreshing to have the Indy 500 on a weekend that does not clash with the Monaco Grand Prix weekend which typically takes up our headlines.

But amid a much-needed pause in F1’s hectic revised schedule, the bonus is having the space available to do this event the justice it deserves because, like Le Mans 24 Hours, the Daytona 500 and indeed the race in Monte Carlo all transcend their own cocoon’s and go global when they happen each year.

Here are more nuts and bolts about the field for the race today:

These nations are represented in the 2020 Indy 500 field: