Indy 500: Sato survives race of attrition to win a second one 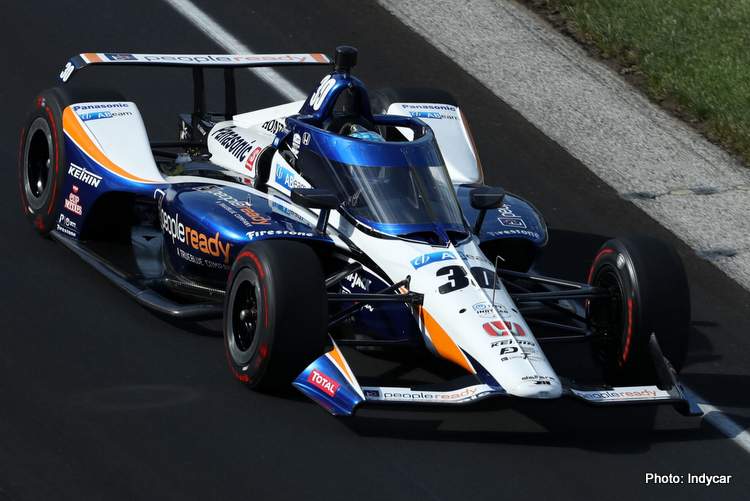 Takuma Sato won the 104th Indianapolis 500 presented by Gainbridge on Sunday in a Rahal Letterman Lanigan Racing entry, earning his second career victory in “The Greatest Spectacle in Racing.”

The Japanese 43-year-old Sato, former Formula 1 driver became the 20th driver to win the race at least twice. He won in 2017 driving for Andretti Autosport.

2008 Indy 500 winner Scott Dixon finished second, with Sato’s teammate, Graham Rahal, finishing third. The race ended under caution due to a heavy crash by Spencer Pigot on Lap 196 of the 200-lap race.

The New Zealander had dominated the first half of the Indianapolis 500, much as the five-time IndyCar champion and 2008 race winner has dominated the rest of the season for Chip Ganassi Racing.

Dalton Kellett brought out a caution before the midway point when he hit the wall hard. That erased about a lead of about 10 seconds that Dixon had built over the course of a long green-flag run. But after the field cycled through pit stops, Dixon found himself at the sharp end of the field once again.

A caution for Dalton Kellett erases Scott Dixon’s massive lead in the #Indy500.

When the race went to green, Conor Daly and Oliver Askew were involved in a heavy wreck deep in the field. Askew was visibly shaken as he climbed out of the car, sitting on the tub for several minutes to catch his breath.

REPLAY: Yellow Flag is out after this incident involving @conordaly22 and @oliver_askew.

Alexander Rossi also crashed after a pit release earned him a penalty which relegated him to the back of the field with a winning car in his hands at that staged. Frustrated the Andretti Autosport driver powered through the back of the field, but lost it and slammed the wall.

After trying to drive his way back to the front, @alexanderrossi‘s day is done early after an on-track incident.

It’s been the Scott Dixon-Alexander Rossi show at the Indianapolis 500, though plenty of crashes behind them have provided an exciting subplot to “The Greatest Spectacle in Racing.”

The latest involved Spanish youngster Alex Palou, who got out of the groove and slapped the wall in the short chute between Turns 1 and 2. Palou was running in the top 10 when he crashed.

The timing of the crash creates some fuel intrigue. Teams can make it about 30 laps on each green-flag run before needing to pit. There were just under 80 laps to go when Palou brought out the caution flag.

Dalton Kellett brought out a caution before the midway point when he hit the wall hard. That erased about a lead of about 10 seconds that Dixon had built over the course of a long green-flag run. But after the field cycled through pit stops, Dixon found himself at the sharp end of the field once again.

When the race went to green, Conor Daly and Oliver Askew were involved in a heavy wreck deep in the field. Askew was visibly shaken as he climbed out of the car, sitting on the tub for several minutes to catch his breath.

The story of the second quarter of the Indianapolis 500 has been miscues on pit road.

Alexander Rossi was challenging race leader Scott Dixon when he came out of Turn 4 too hot and missed the entry to pit lane. Sage Karam lost a lot of time when he locked up his tires and missed his stall on pit road. Rookie driver Rinus VeeKay also lost several seconds when he stalled leaving his pit, then he was penalized for hitting a team member.

The most intriguing part of the race so far has been pit strategy. Several of the Team Penske drivers are on a completely different strategy from the leaders, including the defending winner Simon Pagenaud. They are hoping that strategy may help overcome what appears to be a gap between Honda and their own Chevrolet engines.

Marcus Ericsson got into some turbulent air while running near the front of the Indy 500 and slapped the outer wall in Turn 2, bringing out the second caution flag on the hot, sunny day in Indianapolis.

Scott Dixon had led the first 28 laps before taking the field down pit road for the first set of stops. He was still in first after the stop with Takuma Sato, Alexander Rossi and Marco Andretti close behind.

The weather could play a factor in the race. It is much warmer than it typically is during the race in May.

James Davison has brought out the first caution flag of the Indianapolis 500 when he made contact with the wall in the opening laps and his right front tire turned into a ball of fire.

Davison was able to exit the car without any problem. His car was still smoking as it was lifted onto a flatbed truck.

Scott Dixon went immediately to the front when the green flag dropped, passing pole sitter Marco Andretti heading into Turn 1. Ryan Hunter-Reay also was on the move in the opening laps as Honda flexed the muscle it has shown all month.

Marco Andretti has led the field to the green flag for the 104th running of the Indianapolis 500, the familiar field of 33 roaring down the canyon-like front stretch of empty seats at Indianapolis Motor Speedway.

The warm-ups found Andretti following the IndyCar two-seater driven by his grandfather and 1969 winner Mario Andretti with his father and team owner Michael Andretti in the second seat. It was the first time that the three generations of the family were on the track at the Brickyard at the same time.

The call to start the engines was delivered by Roger Penske, whose family purchased the speedway along with the IndyCar Series. He promised that fans would be “back home again in Indiana” in 2021.

The countdown is on to the start of the Indy 500, which was delayed from its traditional date in May because of the coronavirus pandemic and will be run without fans for the first time in its 104 editions.

New track owner Roger Penske, whose team has four cars in the field, and IndyCar executives have tried to create an entertaining prerace show for broadcaster NBC. But the build up to “The Greatest Spectacle in Racing” is still somewhat eerie without the 250,000-plus fans who typically show up inside the Brickyard.

Driver introductions took place with the voice of the public address announcer echoing off the empty stands. There also will be no military parade or balloon release, two staples of race day. But there will be Jim Cornelison singing “Back Home Again in Indiana” and the Air Force’s famed Thunderbirds performing a flyover.