Perez: Nothing I can do about rumours of Sebastian 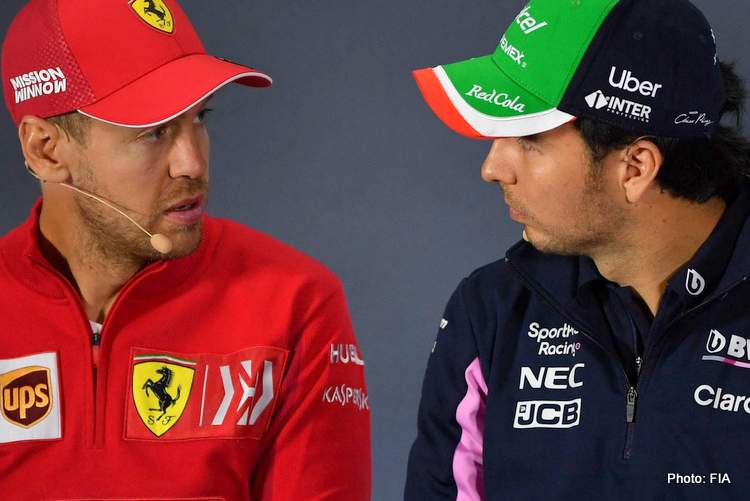 Sergio Perez was back in action for the Spanish Grand Prix last Sunday and doing a good job of it too after his COVID-19 ordeal, and the big story bubbling in the paddock is the future of Sebastian Vettel and how that might impact the Mexican’s future in Formula 1.

It is no secret that the German driver, ditched by Ferrari at the end of this season, has only one realistic option to remain in F1 beyond this year, namely a move to Racing Point aka Aston Martin from next year on. Some even report the deal is already inked…

But Perez dismissed the speculation during an interview with the official F1 website, “With the rumours of Sebastian, I think there is nothing I can do. What I’ve heard from the team is that we want to keep going, to continue, so I believe it’s just a matter of time before those rumours can go away.”

Perez has a deal that binds him with Lawrence Stroll’s team until the end of 2022, for that reason has seen no need to seriously speak to other teams and added, “Given that my position with the team looks quite secure – that’s the feeling that I’ve been getting… and we want to continue as well.”

It’s the classic F1 math problem: three into two won’t go; its either Perez or Vettel, as Lance Stroll – for whom this entire project has been built for – is unlikely to get the boot, which means Sergio will have to walk the plank.

And one imagines it won’t be a silent walk for the driver, through his sponsors, who has poured a fortune into the Silverstone outfit for years. Axing Perez would be akin to, if not worse than, Seb’s treatment by Ferrari.

As for Vettel and team principal Otmar Szafnauer sharing a lift at Silverstone recently, Perez was dismissive, “I think about Otmar, he’s a very proud Ferrari owner, first of all.

“And what do I make of it? Nothing. I think everyone is free to do what they want, especially outside the racing. And the elbow with Lawrence? Nothing really to say. I don’t make anything of it,” added the 30-year-old.

While Perez is making a point about his desire to stay with the Pinks thus disinterest in other teams from him, the talk is that should the Vettel-to-Aston Martin deal for 2021 happen then Sergio will slot in at Alfa Romeo aka Sauber – his former team. Watch this space!