Marco Andretti’s Indy 500 pole celebrated even by his rivals 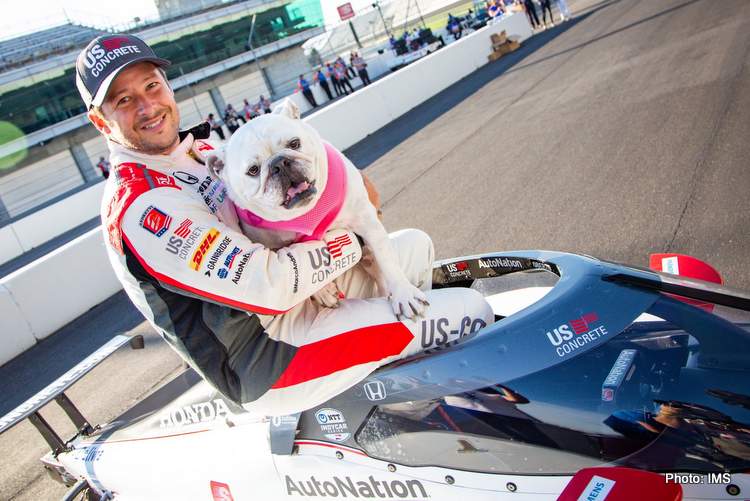 The line of well-wishers waiting for Marco Andretti on Sunday following his first pole-winning run at Indianapolis Motor Speedway wasn’t all that surprising. Top qualifiers for the Indianapolis 500 attract a lot of attention.

But it was the number of fellow drivers waiting to congratulate him that was impressive. Teammates, former teammates, never-been teammates. So many of them consider him a big brother who quietly and surely leads like a best friend.

“It’s so cool,” said James Hinchcliffe, who has twice been Andretti’s teammate for a combined four seasons. “I’m so happy for him and his family. They have such a legacy here, and Marco loves this place so much.

“People who don’t know him well don’t realize how hard he works, how much he cares, how much he shares with other people. It’s incredible, and that’s why we’re all happy for him.”

Conor Daly is competing with Andretti in this 104th Indianapolis 500 presented by Gainbridge, and he’s even driving for a different engine manufacturer. But as Andretti circled the track where three generations of his family have excelled, Daly was recording the moment on his phone. Daly caught himself with the most euphoria of anyone around him.

“It really is cool,” Daly said. “Marco works so hard and cares so much, and he’s such a nice guy. I can’t tell you all the things he’s done for me in my career and the friend he’s been.”

An example: Andretti gave Daly money for a test with Sam Schmidt’s team in 2015. Daly has never forgotten that gesture, among the many others Andretti has offered behind the scenes.

“If anyone deserves this, it’s Marco,” Daly said.

Will Power watched Andretti’s qualifying run with fellow Team Penske drivers Josef Newgarden and Helio Castroneves. They can be seen on a social media video whooping it up as Andretti took the pole. Then came the realization.

“Why are we so happy?!” Newgarden said, laughing.

Power on a social media video said he was “super stoked” to see it, “Just think about how many miles he’s done around this place.”

Even the last driver to take the pole in car No. 98, Parnelli Jones in 1963, was celebrating from his home in Southern California.

“Congratulations to Marco and his whole family,” Jones said. “Mario has to be so proud of his grandson; the whole family has to be proud and has reason to be. It’s great to see Marco on the pole and carry on a family tradition at Indy.”

No driver in “500” history has accomplished more in this race without winning than Michael Andretti. His 431 laps led are the most by a non-winner, and it took the frequently mentioned “Andretti Curse” to keep out of victory lane in 1991, 1992 and other IMS races.

Marco, now 33, has led 141 laps in the “500,” which is more than race winners Bobby Rahal, Al Unser Jr. and Hornish. Certainly, he has the credentials to be a pole winner, too.

Dixon didn’t want to miss out on his fourth career “500” pole, but he was smiling for the man who beat him by .017 mph over a four-lap, 10-mile qualifying run in the Fast Nine Shootout.