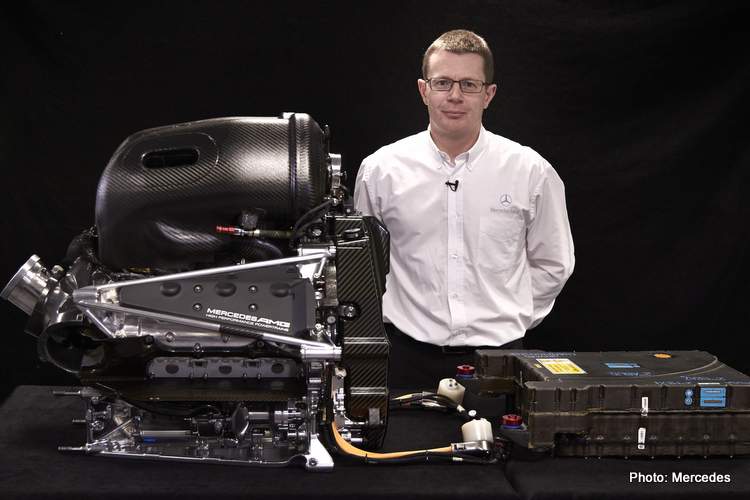 Italian media have reported that Mercedes’ engine guru Andy Cowell has rejected a move to Maranello in what would have been a major restructuring process.

Ferrari are looking for a chief engine designer after a dismal start to their 2020 campaign. As things stand, the Reds sit fifth in the constructors’ standings, 160 points adrift of the dominant Mercedes.

Charles Leclerc has claimed that the issues with the SF1000 are a general package problem”, but the most significant drop off has clearly been in the engine department.

Since the undisclosed settlement between the team and the FIA, Ferrari have fallen behind Mercedes in terms of engine power – 1022bhp at the British Grand Prix for the Silver Arrows versus 980bhp for the Prancing Horse.

The team has already announced that they are restructuring their technical department in a desperate attempt to put a stop to the embarrassment, but will need to dig deeper to get back on track.

President John Elkann has already spoken out, saying Ferrari will only be back to winning ways in 2022 at the earliest. With 2022 seeing the introduction of the new technical regulations, a big reorganisation project will need to take place to be prepared accordingly.

As such, the Scuderia are also looking to restructure their engine department and, according to Italian media have already been in contact with former Mercedes man Andy Cowell. Cowell left Mercedes in July having been instrumental in the teams’ success at the turn of the V6 hybrid era in 2014.

It’s been said that Cowell “declined the invitation to restructure the power unit department” at Ferrari who continue their search for a new engine designer.

Italian media have also focussed on issues that only Ferrari are experiencing: “At Silverstone, Sebastian Vettel’s six-cylinder broke (in FP2), while in Barcelona an electronic problem silenced Charles Leclerc’s, while the others proceed like Swiss watches. Why? It is clear that there is something wrong.”

Until Ferrari make a change, it looks more and more likely that Leclerc and Vettel fighting with the McLaren’s, Renault’s and AlphaTauri will be a regular feature on our TV sets for the remainder of the season.