Inside Line: Mario Andretti is THE GOAT 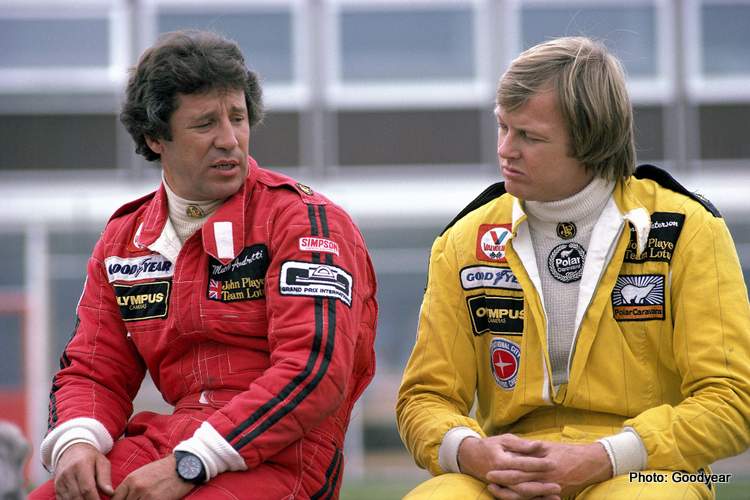 Marco Andretti popping his #99 Andretti-Herta Autosport & Curb-Agajanian Dallara (phew!) on pole for this Sunday’s Indianapolis 500 inevitably had me thinking about his grandfather Mario, and a voice inside suggested to me that he is probably motorsport’s THE GOAT and our readers should know.

A teenager at the time, Ronnie Peterson was my man. He, without question or reluctance, adhered to team orders, holding station when told, which allowed Mario to eventually win the 1978 Formula 1 World title.

The tragedy is that late in the season the Super Swede succumbed to injuries a day after an accident he suffered during a chaotic Italian Grand Prix start at Monza. Before that he played the role of number two, several times keeping his powder dry, even when quicker than his teammate.

That’s how the guys rolled in those days, honour respect and men of their word. The driver from Örebro ‘knew’ his time would come because that was part of the plan with Colin Chapman. Year two of the Lotus deal would be payback time for Ronnie. But alas that year never came.

I recall that at the time of the deal, it was common knowledge and not well received by all; also it did Mario no favours. Personally, as a Ronnie fan, I did not feel aggrieved, after all Chapman had resurrected his career after an unfruitful year with March in 1976, followed by a disappointing season at Tyrrell a year later.

Thus the Lotus option in ’78 was a lifeline and Andretti had every right to the status he insisted on. The American won brownie points with me that year for even countenancing Peterson’s arrival on his turf. Many of the sport’s greats would not.

To this day Mario is aware that the Peterson-issue has been a bugbear for some, and explained during an interview with Damien Smith at Goodwood in March this year, “I’d known Ronnie for a long time, and I knew he was an honourable guy, but it’s quite true I was less than delighted when Colin suggested that Ronnie should come back to Lotus.

“I felt that I’d played my part in bringing the team back to the front, and I also felt that 1978 would give me my best shot at the title. I didn’t want anything to screw that up. Ronnie was a fantastic race driver. The man was a number one driver, nothing else. It seemed ridiculous to me that a guy with his ability and experience should have to accept the restrictions of a number two.

“At the same time, I’d made my position clear to Colin. The agreement was that if both cars were running at the front with no problems, then I was to win. Ronnie accepted that when he signed his contract. More important, he gave his word,” recalled Mario.

So with that stone out of my shoe…

Moving on to THE GOAT claim. To clarify, not THE F1 GOAT, not THE USAC/CART/INDYCAR GOAT – rather simply THE GOAT Racing Driver.

We all know the elusive Triple Crown of Motorsport has been dusted off and awaits a name to be etched below Graham Hill’s as Fernando Alonso attempts the quest in his headline-grabbing manner.

Mario would be entitled to his own never to be repeated Triple Crowns, for example, who will ever win the Indy 500, the Daytona 500 and a Grand Prix at Monza. No one!

In fact, add to that a 1995 class win at the Le Mans 24 and you have a cast-in-stone unique Quadruple Crown; then throw in the 1969 Pikes Peak, Dirt Midgets and you have a legend whose racing exploits and achievements will never be repeated again.

Thus Mario well deserves the accolade of The Greatest Motor Racing Driver of All Time.

I can also add as a side note, the first Grand Prix I ever attended with my family was the 1971 South African Grand Prix – seated on the concrete stands between Crowthorne and Barbecue.

The winner: Mario Andretti in a Ferrari! Need I say more?

To close my case, a summary of Mario-Stats to consider:

And a ‘few’ career stats:

I rest my case.