Horner: Hardest seats in F1 to be teammate to Max or Lewis 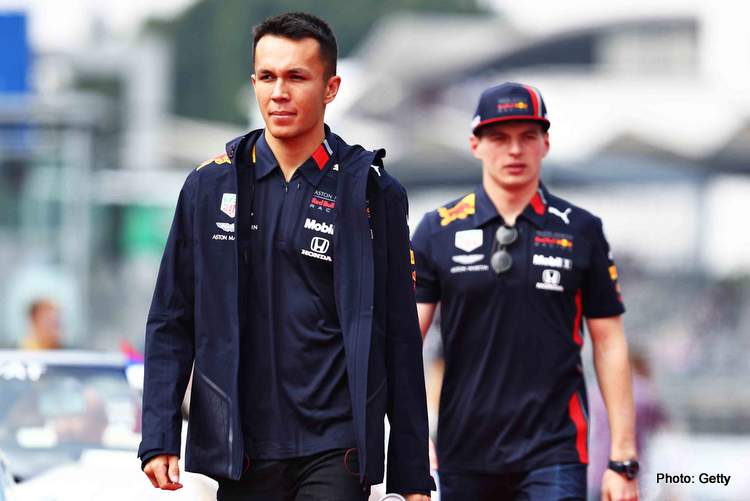 Red Bull team boss Christian Horner has sympathy for Mercedes driver Valtteri Bottas and his own Alex Albon, the pair are teammates to two of the best drivers of this era, one heading for his seventh world title, and the other certainly a champion in waiting.

Of course, Bottas is Hamilton’s teammate since 2017 and a fair analysis is that the Finn has, inadvertently or not, become the ideal wingman. Occasionally challenging the #44 but normally playing second fiddle – hence three titles, and probably a fourth, have passed him by and gone to the Briton.

Nevertheless, it must be said that Valtteri does keep Lewis honest, but each time he is “reloaded” the other guy wields the Hammer and takes his game to another level, beyond the reach of the #77 driver until the next time.

The story at Red Bull is quite different. Max is the team’s unquestionable number one and whoever is in the sister car more of a sideshow. That said, Alex was impressive as a 2019 rookie in the early-season with Toro Rosso and when Pierre Gasly’s form nosedived the likeable Thai was fast-tracked to the senior team.

The first six months with Red Bull were a steep learning curve, but Alex acquitted himself well but was no match for Max – there were notable improvements with every race. Thus xpectations were high for this season as he appeared to be progressing well towards the end of last year.

But after six 2020 rounds, the stats are unkind to him. He’s been easily trounced 6-0 in qualifying and Verstappen has five podiums including a victory, Albon has none and lies sixth in the drivers’ championship. The Dutchman is second in standings on 95 points, 55 ahead of his teammate.

One could argue Alex has not progressed as was expected, in fact, he might have dropped back on a driver that gets better with every outing.

This all given further context by Gasly’s resurgence at AlphaTauri, at the expense of Daniil Kvyat’s reputation, and making a strong case to be given a second track in the senior team.

Yet the Bulls have been remarkably patient with Albon, unusual from the custodians of a notorious but once very efficient young driver development programme.

Speaking on the F1 Nation podcast, Horner said of the driver situation in the top two teams, “Both are in enviable seats but Valtteri has a lot more experience than Alex.”

At which point the Red Bull team boss defended Albon, “Going up against Max, arguably the most in-form driver in Formula 1 at the moment, would be tough for any driver. Alex is still very young and inexperienced, he’s only five races into his second season so we see the potential in him.”

Teams are privy to data that provides comparisons between their drivers. Hence Red Bull will know well where the weaknesses are and from this Horner deduces, “We’re seeing on Sundays, his racecraft is very strong, and I think it’s only a matter of time before it all comes together for him.

“But I think they’re probably two of the hardest seats in Formula 1, to be either the teammate to Max or indeed to Lewis.”

At Red Bull, Max is the barometer which Alex is measured upon, and Horner was understandably effusive in his praise of the Dutchman, “The way he’s driven this year at every single Grand Prix, he’s just delivering at an incredibly high level.

“His consistency is right there and I think how controlled he is in the races, you can hear how relaxed he is in the car, how much capacity he has, it’s been truly impressive,” gushed the team boss.

And for now, despite the widening gulf between his drivers, Horner & Co. are keeping the faith in Alex, “He’s impressed the whole team with racecraft and raced incredibly well throughout this season, we just need to get him qualifying…

“Our car is a little tricky to drive at the moment over a single lap, and I think it’s a little bit insecure in certain areas, whereas Max has the confidence to drive through that, but Alex needs the car to be a little bit more settled.

“I think, that will come as we improve the car and, hopefully, we’ll see Alex’s Saturday performances improve. He’s a very deep-thinking driver rather than a seat of the pants driver, so he’s trying to understand the car. He’s very sensitive to what the car is doing, whereas Max is far more robust in that respect.

“With Alex, it’s time in the seat and it’s just getting him comfortable, which is important for him… You can overthink in this game and he just needs experience, and I think with time, that will come,” added Horner.