Wolff: Lewis was in a league of his own today 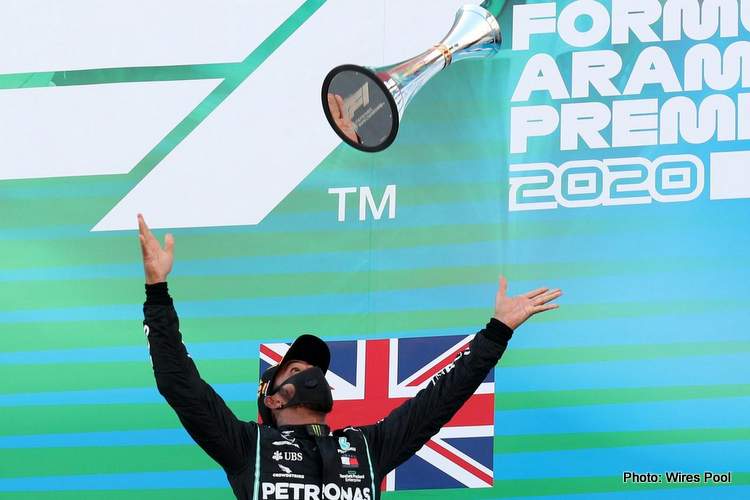 Toto Wolff warned before the 2020 Spanish Grand Prix that his team is to be most feared when they suffer unexpected defeats as they did last Sunday at Silverstone, and true to his word Lewis Hamilton delivered a stellar performance to claim a commanding victory.

It was a massive win, not only on track but also off it as it means the Briton is now 37 points ahead in the drivers’ championship standings with no sign of a rival, including Valtteri Bottas who is simply not delivering at the required level, hem=nce allowing his teammate to gallop away with this championship hardly challenged.

Wolff was happy to take the win and hail the team’s superstar in his post-race report, “Lewis was in a league of his own today; he controlled the race very well and did a brilliant job. He managed the tyres extremely well and ultimately his call to go to Mediums for the last stint was the right one.

“I’m very happy for the team. To have understood the difficulties from Silverstone, recover from them and come back with a great set-up and fantastic tyre management – that just shows the strengths of this team.

“A massive well done to all the people at the factories and here at the track for their hard work. Everyone pulled together and overcame what we have seen as our biggest weakness.”

Bottas on the other hand, the man most likely to challenge for the title, messed up his start and was never in contention, which Wolff acknowledged, “Valtteri unfortunately suffered a tricky start and lost a few places which is a shame, because he had the pace to finish second.”

“The Soft tyre wasn’t the best compound to attack Verstappen in the end, so we need to understand why that was the case. But overall, first and third and the extra point for the fastest lap makes for a great recovery after Silverstone and an almost perfect result,” added Wolff.

After six rounds, Mercedes on 221 continue to lead the standings on 221 points, 86 ahead of their closest rivals in the constructors’ title race and Hamilton top of the drivers’ championship table by 37 points.