Valentino: We were lucky and have to pray to somebody tonight 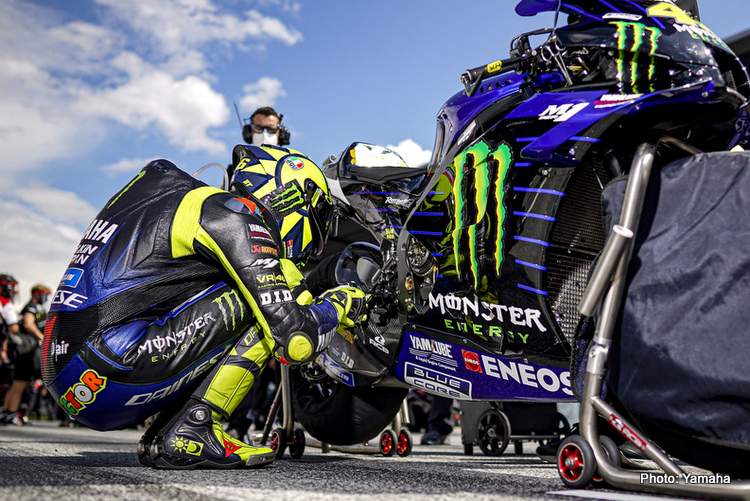 The images are terrifying to watch, that motor racing was not robbed of one of the greatest racing talents ever – Valentino Rossi – is simply because fate was being extra kind to our sport during the hectic MotoGP race at Red Bull Ring.

The video below says it all, as an out of control motorcycle narrowly misses the Italian’s #46 Yamaha, a split second was the difference between immense good fortune witnessed and unthinkable tragedy.

One of the most terrifying #MotoGP crashes we’ve EVER seen!!! 😱

Watch the Turn 3 accident from all angles! 💥#AustrianGP 🇦🇹 pic.twitter.com/L2GLToviFi

The accident scene was reminiscent of a helicopter crash site, the visuals spreading like a virus across social media channels and just about every news site on the web, the incident shocking the world with the reality of our collective good fortune.

Vale transcends all sports, not only a two-wheel legend but also a character and icon of a sport he has starred in since last century! The 41-year-old still racing at the highest level, and finishing fifth on Sunday testament to the enormous courage of the man.

Arguably the most respected motor racing sportsman, a legend in his own lifetime who has admiration from the car racing community as well as, obviously the bike racing community, as well as the inspiration for just about every young rider over the past two decades.

On the day, he was visibly shocked by the narrow escape, and said in the Yamaha team report, “It was very scary. All four riders, but especially me and also Maverick, were very lucky. We have to pray to somebody tonight, because the situation was very dangerous.

“I think it is good to be aggressive, for sure, because everybody tries to do the maximum, but for me we don‘t have to exaggerate, because we need to remember that this sport is very dangerous. You need to have respect for your rivals, especially at a track where you‘re always going at 300km/h.

“I have already spoken with Zarco, he promised me that he didn‘t do it on purpose. He went very wide in braking and he slammed the door in the face of Franco, and with this bike when you ride 300km/h you have the slipstream, so Franco didn‘t have any chance to brake.

“I was with Maverick when we entered Turn 3, and I felt something coming towards me. I thought it was the shadow of the helicopter, because sometimes it crosses the race track, but then Franco‘s bike passed me at an incredible speed, and also the bike of Zarco jumped over Maverick.

“So, we were very lucky, but we hope this type of incident is a lesson for riders to improve their behaviour in the future. I spoke with Franco, he is okay, he is trying not to think, but when he thinks, he too feels scared.

“What makes the difference on this occasion is that nobody got hurt, all riders are okay, so this changes the situation. If something bad had happened, it would have been completely different. It was difficult to restart, sincerely, but I didn‘t have a lot of choice.

“So I restarted, and in the race I was good. I did a good race. For us, with the Yamaha, it‘s not easy here. We suffer in top speed, so it‘s very difficult to fight with the other bikes, but I had a good pace. Unfortunately, I had a very aggressive overtake from Binder in Turn 9 that pushed me out of the track, and we lost a lot of time and lost contact with the first group.

“But anyway, from that moment on I still had a good rhythm, and I could arrive in fifth place. We can do better, but it was a good race,” added the Italian.

It is fitting to remember, that apart from superstars such as Valentino, racing is about riders and drivers pushing the edge every weekend in every corner of the globe where racing runs in the blood, with their lives on the line at any given moment.