In The Pitlane: Lawrence Stroll gets very angry 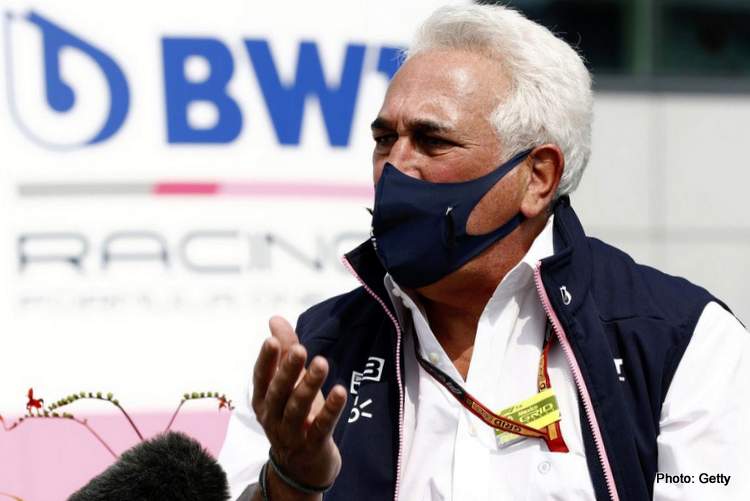 Lawrence Stroll, a man who rarely makes a public comment, stood in front of the camera at Silverstone and gave a performance that almost scared the living daylights out of the paddock – in a nutshell: the Canadian billionaire was not happy.

In fact, Stroll senior was seriously aggrieved, releasing what can be described as a war cry from the battle-wounded, when he declared at Silvesrtone, “They are dragging our name through the mud and I will not stand by nor accept this.

“I have never cheated at anything in my life, these accusations are completely unacceptable and not true. My integrity – and that of my team – are beyond question.”

So as the drama unfolds social media and F1 forums are awash with comments along the lines of the general thesis that you do not achieve billionaire status and retain your integrity.

As a general assumption there probably is a great deal of truth in the thesis one Bernie Ecclestone comes to mind. So, is it fair to tar Stroll with the same brush?

Well, he lives the billionaire’s life with homes in Geneva, London, Quebec, and the Caribbean island of Mustique.

Amongst his toys are the $200-million 62- meter superyacht Faith and a collection of 25 vintage Ferrari’s including one valued at $27.5-million. He also owns the Ferrari dealership of Quebec and the Canadian race circuit Mont-Tremblant.

Stroll made his $2.6-billion fortune through a series of investments in the global expansion of fashion brands, namely Pierre Cardin, Polo Ralph Lauren, Tommy Hilfiger, and the jewel in the crown Michael Kors.

Stroll and his long-term business partner Hong Kong-based Silas Chou eventually cashed in their 5.7% holding when Kors was valued at $15-billion in 2014.

The pair have never been involved in any allegations of corruption, accounting scandals, or bribery and there does not seem to be any skeletons in the cupboard.

The conditions in Chou’s textile mills, denim plants, and design factories located in China, Vietnam, and South Asia may raise concerns but again the operations have never been the subject of any controversies.

They say a person can be judged by the company he or she keeps.

Joining the party for the Aston Martin takeover was Lord Bamford the owner of digger giant JCB.

None of Strolls business partners have been implicated or accused of any impropriety in their business dealings.

One suspect area was the team’s acceptance of gambling money when the team was sponsored by the gambling company SportPesa until they were quickly ditched in February.

Racing Point CEO Otmar Szafnauer announced that SportPesa was no longer the team’s title sponsor due to the company having “had some difficulties in their home market.”

So, it looks like Stoll’s comment,  “My integrity – and that of my team – are beyond question” stands up to scrutiny.

Also involved in the drama is, of course, the Mercedes team with Toto Wolff telling the media he has “zero worries” about his team being involved in the case and felt assured its reputation won’t be affected.

“I’m speaking to Ola Kallenius, (Mercedes’ chairman) every single day, we’re speaking about good things and bad things. Obviously, our reputation is very important, but it is intact.”

Wolff like Stroll does not seem to have any skeletons in the cupboard, and he does come across as a decent guy, but his team is majority-owned by Daimler AG who has a completely different reputation.

To illustrate the point, it is worth remembering that in 2010, Daimler AG’s German and Russian subsidiaries each plead guilty to two counts of bribery charges brought by the U.S. Justice Department and the U.S. Securities and Exchange Commission.

U.S. prosecutors accused key executives of Daimler, Daimler subsidiaries, and Daimler affiliates of I quote “illegally showering foreign officials with money and gifts between 1998 and 2008 to secure government contracts around the world”.

The investigation revealed that Daimler improperly paid some $56 million in bribes related to more than 200 transactions in at least 22 countries (including China, Russia, Turkey, Hungary, Greece, Latvia, Serbia and Montenegro, Egypt and Nigeria, among other places) that, in return, awarded the company $1.9 billion in revenue and at least $91.4 million in illegal profits.

Prosecutors said that Daimler engaged in a “long-standing practice” of paying bribes, due in part to a corporate culture that encouraged the practice.

Then there is the small matter of the company being fined $870-million by German prosecutors in 2019 over the diesel emissions scandal.

So maybe it is time for Toto to protect his integrity and buy out a wavering Daimler board leaving him free to establish Team Wolff!