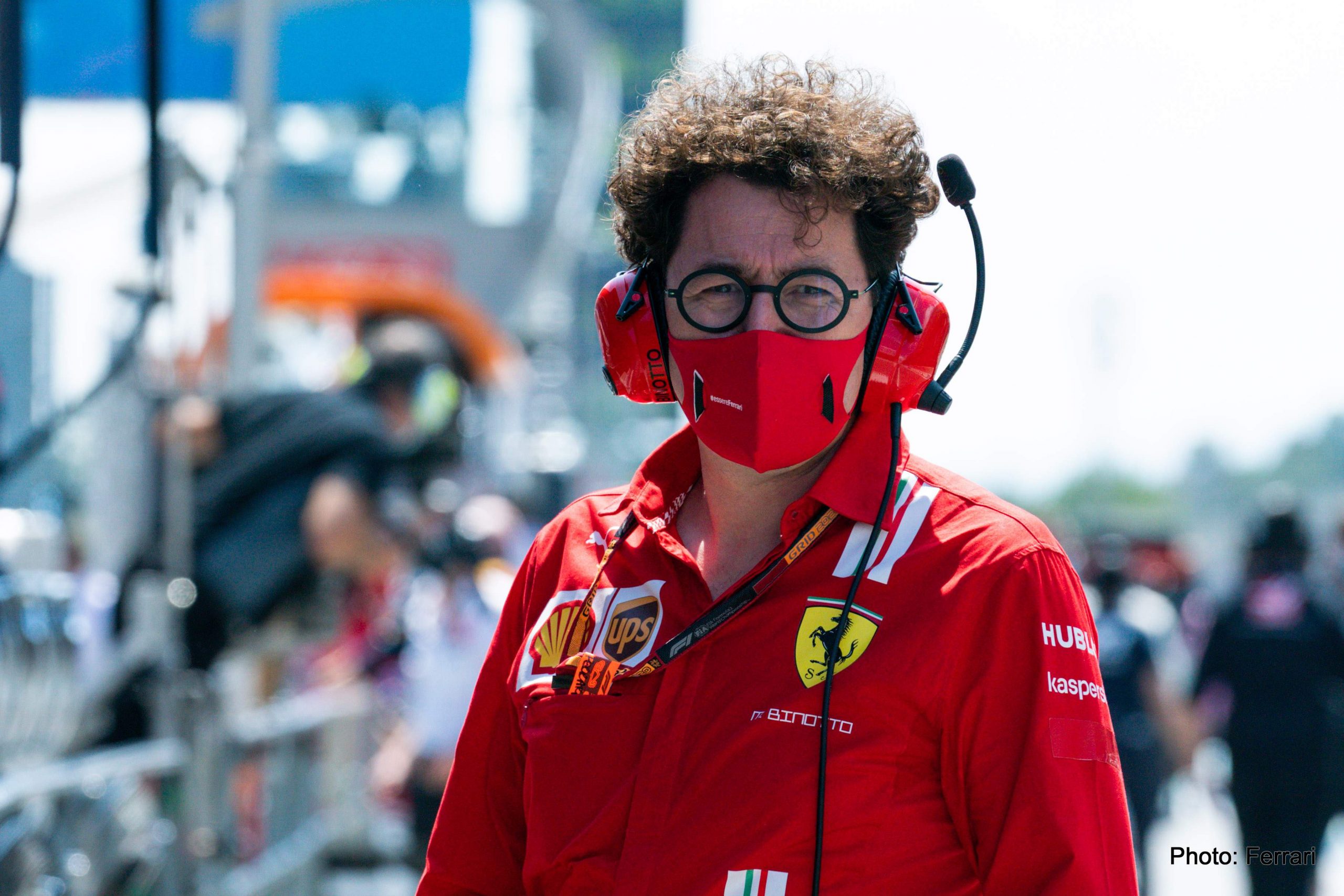 The self-flagellation continues at Ferrari after another dismal weekend of underperformance with perhaps only one positive, namely that Sebastian Vettel avoided any major incidents and brought to finish seventh after starting 11th on the grid.

Hardly cause for celebration but a far better performance by the German on a one-stinter proving he can still drive fast and well, despite itching over the radio about the strategy that had him on sft tyres for the final 40 laps of the race!

it was despair for Charles Leclerc as the sister car decided to switch off mid-race and ruin what might have been fifth for the Moneqasgue. Instead, it was a DNF and an early shower.

Needless to say team boss Mattia Binotto was not pleased and articulated his pain in the team report, “A very disappointing weekend, not just because of the result, but also because of the way we managed it.”

Indeed qualifying has been a bugbear since the prancing horses are now devoid of the steroids that made it such a force last year, instead, the SF1000 might just be one of the team’s worst creations in years.

The best, their formidable, Charles could do was wrestle the sloth to ninth on the grid, with Seb struggling his way to 11th. Right in the heart of the incident-prone midfield.

Binotto acknowledged, “In qualifying, we didn’t make the most of the potential at our disposal and we know how important grid position is on this track where overtaking is so difficult.

“Despite that, in the race we had a genuine chance of fighting for fourth place with Charles, but a reliability problem put him out of the running. A malfunction in an electronic control unit resulted in his car shutting down, causing him to spin, effectively ending his race.

“Sebastian moved up the order well, showing great tenacity and driving very cleanly: doing a 36 lap stint on used Soft tyres is quite something. The same observation goes for him as well as for Charles: starting further up the grid he could have aspired to do better than seventh. We have dropped out of third spot in the Constructors’ classification, even if by just a few points.

“We must always get all the potential out of our car if we want to achieve this goal and we must continue to work hard to close the gap to those who today were out of reach for us, namely the only three cars that completed all the laps of this Grand Prix,” added the humbled Ferrari team boss.