Vettel: It wasn’t the plan to go 40 laps on soft tyres! 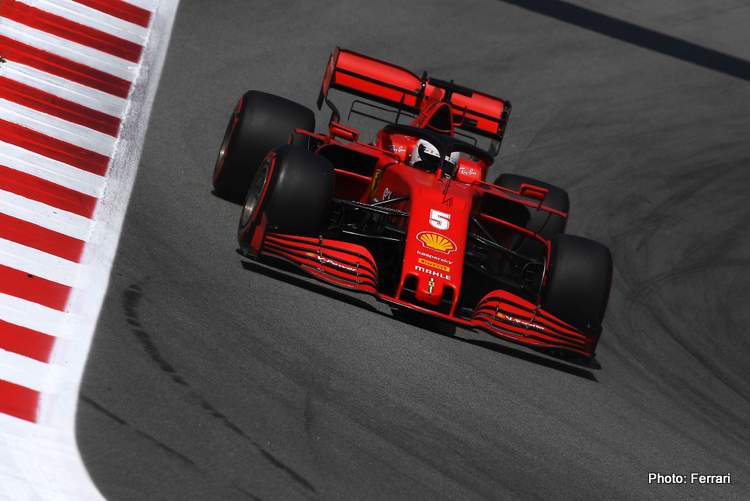 The manner of delivery spoke volumes, as Sebastian Vettel yet again berated his Ferrari team over the radio for a strategy call that appears to have gone awry and left the German stranded on a set of the soft tyres for 40 laps of the Spanish Grand Prix.

With the team’s form at an all-time low thanks to a donkey of a car, Vettel was asked by his engineer: “What do you think about going to the end on these tyres.”

“I asked you this before,” came the frustrated reply.

Asked in the TV pen about the mid-race radio tête-à-tête, Vettel explained, “It’s quite simple, we didn’t have anything to lose. The last five laps were really difficult.

“We took that risk, it came off, but it wasn’t the plan before the race to go 40 laps on soft tyres! Some sessions felt quite poor, there’s still some work to do on my side,” added the four times F1 World Champion.

In the team report later, he added, “We tried something different and it paid off. I was struggling in the first stint, even on medium tyres, while in the second one I felt a lot better, despite having the soft tyre for many laps.

“There was some rain forecast at some stage so we extended our stint on softs. In the end we were in a position in which we had nothing to lose, so we took the risk and decided to try and make it to the end. Luckily it worked and this result reflects the maximum we could do today with the car.

“There is still lots of work to do, but at the moment this is our true pace, that’s why sometimes we have to take some risks in order to have more or different options to finish ahead of our competitors.”

Nevertheless, Vettel’s effort did salvage some much-needed pride for the Scuderia on a day when their number one driver, Charles Leclerc, retired the sister car after running as high as fifth at one stage.

The real talking point is the ever souring relationship between Vettel and the Reds, the German in a crisis of confidence amid the mess at Maranello and the disaster that the SF1000 is proving to be for the team.