Verstappen: How about we focus on our race 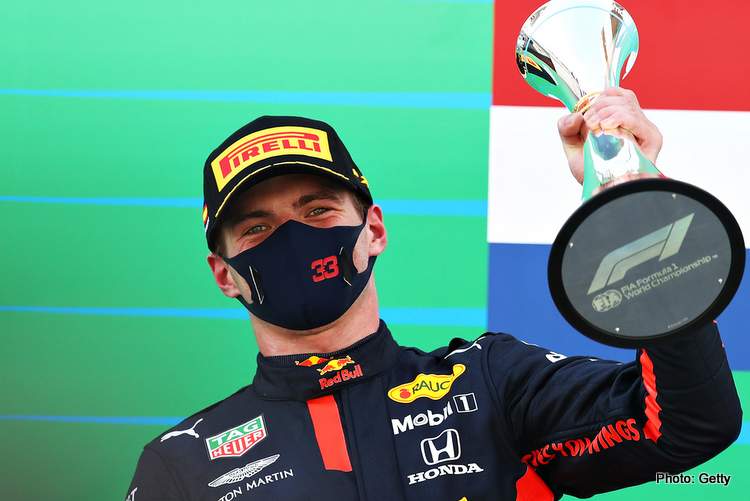 A week after his “Granny” radio-quip, Max Verstappen was hogging the airwaves on his way to second place at the Spanish Grand Prix on Sunday.

Verstappen beat the Mercedes duo last Sunday, but this time around he could only split them as Lewis Hamilton, the big scalp, was untouchable all weekend and out of Red Bull reach, But the smaller scalp of Bottas will be prized in the Bullpen.

In the heat of his pursuit of the leader, the Dutchman had a go at his pitwall when he questioned the strategy which appeared to focus on reacting to Mercedes. Just before midway, this exchange took place between Max and his engineer:

He did and brought the car home second, totally overshadowing his teammate Alex Albon, who struggled to eighth place.

Verstappen added, “It’s a great result for us to split the two Mercedes cars today after they have been so quick and I’m very happy with that. Overall, it’s been another strong weekend with a good amount of points which we should be happy with.

“I made a good start and it was important to get past Valtteri early, which I did. I tried everything to stay with Lewis in the first stint but overall their car was faster and Lewis was a bit too quick today. From then onwards we focused on our own race and the car felt good.

“I expected some trouble from Valtteri towards the end when he pitted but I was happy with my tyres and he wasn’t catching. Second is of course good but that’s not why we are here, we are here to win so you can never be fully satisfied unless you do that.

“At the moment we’re in-between the two Mercedes cars and of course we’d like to push Lewis harder but you have to be realistic as they still have the faster car.” added the 22-year-old who remains second in the championship standings, albeit 37 points down on race winner Hamilton.