Leclerc: Suddenly my screen and engine switched off 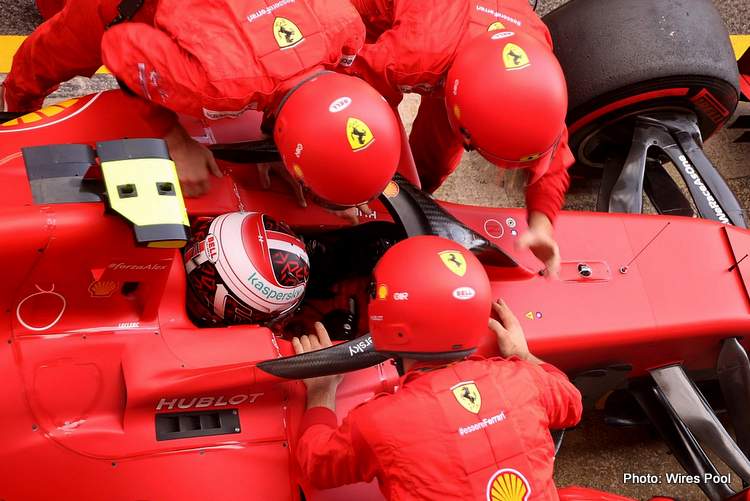 Not only is the Ferrari SF1000 a beast to drive, for both Sebastian Vettel and Charles Leclerc, it also is finicky enough to switch itself off on a whim as it did during the 2020 Spanish Grand Prix, costing the team a double-points finish on Sunday.

According to the Italian team, a reliability problem put Charles out of the running in Barcelona on Sunday: “A malfunction in an electronic control unit resulted in his car shutting down, causing him to spin, effectively ending his race.”

It was indeed a strange one as the #16 Ferrari swapped ends unexpectedly through the tight Turn 14-Turn 15 strip, the car stalled pointing in the wrong direction before the driver got it going again somehow.

Running as high as p5 at one point, Leclerc was flummoxed by the incident and soon parked it. He said after his second DNF of the season, “It’s a shame that we couldn’t finish the race. I think we had a good chance to finish around P6 or even higher.

We were very competitive on the softs and were also quick on the mediums, which we couldn’t fully show because of traffic. The plan was for me to do a one-stop and it was going quite well.

“Unfortunately, we had an issue around mid-race. Suddenly my screen and engine switched off and the rear wheels locked. We are not yet sure what happened and are investigating the cause.

“The car eventually started up again, but it was already too late to continue because I had undone my seatbelts and had to return to the pits.

“Although this year is a little bit tougher than last, we are all motivated to bring home the best results possible for the team and we will keep working hard to achieve this,” was the Monaco Kid’s war cry in the wake of another insipid performance by the sport’s most famous team.