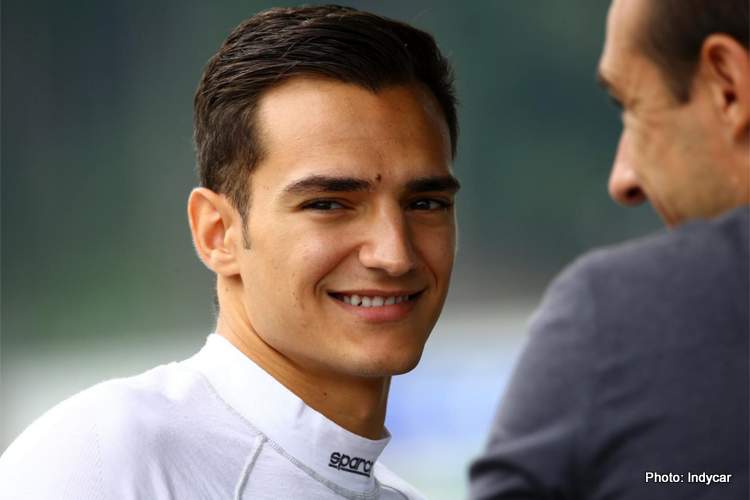 Álex Palou is the 23-year-old Indycar rookie who popped on to the sharp end of the timing screens during qualifying for the 104th running of the Indianapolis 500, on Saturday, to make it into the Top Nine for the top spot start shootout today.

The Dale Coyne Racing Team Goh driver is the lesser famous of the two Spaniards in this year’s field, the other of course being double Formula 1 World Champion Fernando Alonso.

But it is young Palou who is making the biggest impression with his seventh place in qualifying on Saturday, compared to his illustrious compatriot’s 26th place in the Chevrolet powered Arrow McLaren SP.

So who is this new kid on the block?

Álex – born 1 April 1997 – is in his rookie season of Indycar, with one podium (Road America) to his name, in the latest chapter in his motor racing journey that began for at the young age of 6 with karting.

Now serious big-time beckons for Alex if he should turn his Indy qualifying effort into a strong showing in the race, perhaps even a win to further bolster his shares.

Whatever the case he is now in the spotlight of frontrunners that will hg headlines until race day at Indianapolis.

After making it into the Top Nine, Palou told reporters, “That was awesome to complete a qualifying run here at Indy. The Dale Coyne Racing with Team Goh crew gave me such a great car.

“It’s so enjoyable to drive every lap. I think we had a really good first three days of practice. We already felt really comfortable yesterday. The speed was there. The car has a lot of speed, so I was really confident and comfortable with the car balance.

“We just did the job we’ve been doing all these days, and we’re in the Fast Nine. I think that’s really amazing in my first year here for me, for the team, for everybody. It shows how all my crew worked to give me the best car possible.

“I think we’re able to fight. I don’t know about fighting for the pole because there are a lot of really fast cars out there, but we will study tonight and see if we can go for it. Just starting in the top nine is going to be awesome for my first Indy 500.

“I’m really looking forward to it. I think it will be a bit easier going into tomorrow, because now I know how it works, what you feel when you’re waiting there with the engine off, and you hear all the cars go by and you don’t really know what’s going on.

Ten rookies have won the Indianapolis 500 since its inception:

Can Alex Palou be the next rookie to have his face engraved among other Brickyard legends on the iconic Borg-Warner trophy? We will know Sunday 23 August 2020!