Albon: I’m not happy with my race 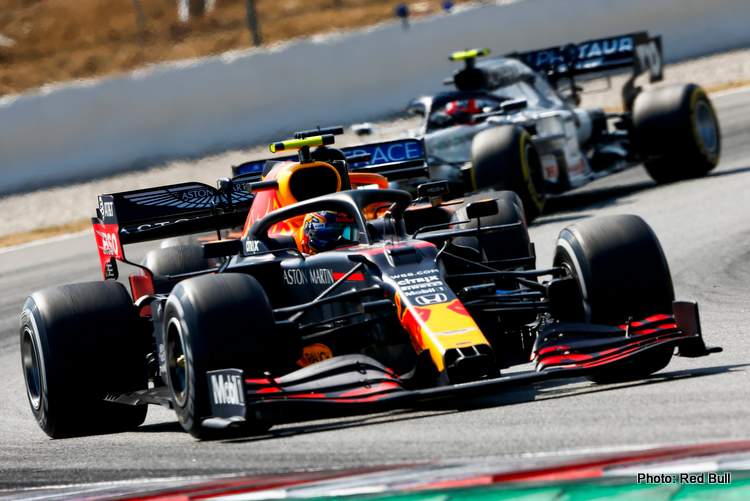 There seems to be no light at the end of the tunnel for Alex Albon after a disappointing Spanish Grand Prix, in which he was comprehensively outpaced and outraced all weekend by his teammate Max Verstappen.

Typically eighth-place in a Grand Prix is a commendable result but if you are in a Red Bull, and the sister car is fighting for the podium, questions will be asked as they are of Alex, after just about every session these days – today no exception.

Adding insult to injury is the fact that Albon started sixth on the grid, only two tenths shy of Max during qualifying but struggled to find the race pace the Dutchman unleashed on the day; for instance, Albon’ fastest lap time during the 66 laps race was seven-tenths shy of the #33 car.

Afterwards, noticeable downbeat when being interviewed in the TV pen, Albon knew he had under-delivered yet again, “It was a hard afternoon and I’m not happy with my race. It was really tricky out there and I just didn’t have any grip on any tyre compound.

“Each stint I was nursing and looking after the tyres but after six or seven laps I just had no grip. It was frustrating and the opposite to Silverstone last week. No matter what we did we just really struggled to keep the tyres alive.

“It hasn’t been an issue this year so we’ll need to look at the data and see the reasons behind it because at the moment we just have question marks. I was struggling in sector three mostly, I couldn’t stay close enough to cars ahead so I couldn’t overtake and I was kind of a sitting duck.

“Now we need to understand why today was so different to last weekend in the race so we can come back stronger and improve for Spa,” added the 24-year-old.

Credit to Red Bull for showing remarkable patience with Albon, but it is not a trait they are famous for. Meanwhile, Pierre Gasly at AlphaTauri looks to have raised his game substantially and made a solid case for a return to the senior team, this time with a strong showing in Barcelona all weekend.

The Frenchman who finished ninth, one place behind Albon, was fired up by his performance, “It was a great race and I’m happy to get another two points for the team this weekend.

“We had a good start and I managed to pass Charles and Lando in Turn 1 which put me in eighth position. We got held up a bit in the second stint behind other cars in a train of DRS, so we didn’t make full use of the prime tyres, which was a bit of a shame.

“However, I think there are a lot of positives to take away from Barcelona, which is quite a challenging track in terms of car performance, and it was nice to be in the mix with the McLarens for most of the race. We can be pleased with our result today and now we start focusing on Spa,” added the AlphaTauri driver.

An Alex-Pierre seat (re)swap is sure to be a topic under discussion in the Red Bull camp, especially after the relative performances of their drivers today. Now it’s a question of how long before Dr Helmut Marko decides a change of plan is needed?