Raikkonen: It gave me confidence to drive it how I wanted 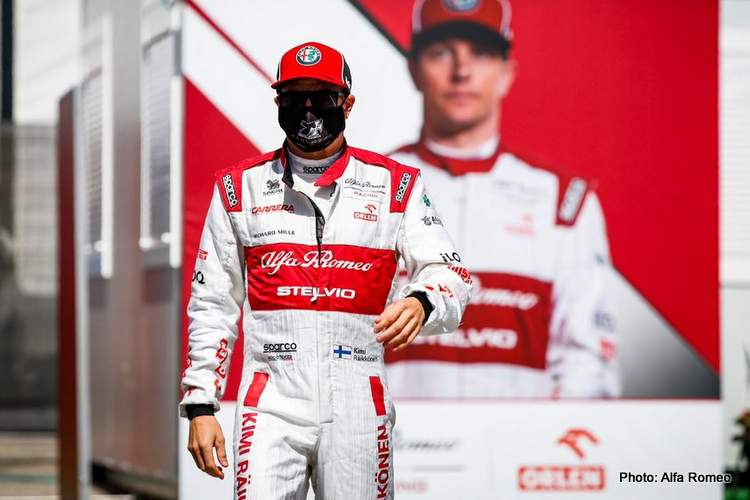 Alfa Romeo have had few bright days so far this season, but amid the glum Kimi Raikkonen delivered a solid performance on Saturday that saw the veteran Finn make it through into Q2 for the first time this season and trouncing his younger teammate in the process.

During qualifying for the Spanish Grand Prix on Saturday, Kimi’s best time of 1:17.386 in Q2 was good for 14th on the grid, and almost a full second up on Antonio Giovinazzi in the sister car, who might have suffered damage during his run. Nevertheless, the gap was telling.

Raikkonen reported afterwards, “It was definitely a positive day: the car felt a lot better and it gave me the confidence to drive it how I wanted.

“We made it to Q2 and we could have achieved even more, but we didn’t have any more sets of soft tyres so we had to use the mediums. Perhaps we could have been in the fight for Q3 but for now we have to be happy.

“We had the speed and hopefully we can take it from here. We are moving in the right direction and we know what we have to do to be in the points tomorrow – be faster than the guys in front of us,” added Raikkonen who will line-up for his 318th Grand Prix start on Sunday.

Team boss Frédéric Vasseur, was equally pleased, “It was an encouraging session for the team, something to build on. Kimi did an excellent job to climb out of Q1 and give us a good chance to be in the fight for the points tomorrow. Overall we seem to be going in the direction we want so we need to keep pushing to improve.”

Giovinazzi admitted kerb hopping may have scuppered his chances, “At the end of the first lap I went on a kerb and I think the floor may have got damaged. We’ll need to check what happened, but after that it was difficult to do a second lap as the handling was off.”

Nevertheless, the 26-year-old Italian has scored the team’s only points so far this year with ninth place at the season-opener in Austria. Raikkonen has yet to score points this season.