Wolff: I don´t want to give it a spin that I´m leaving 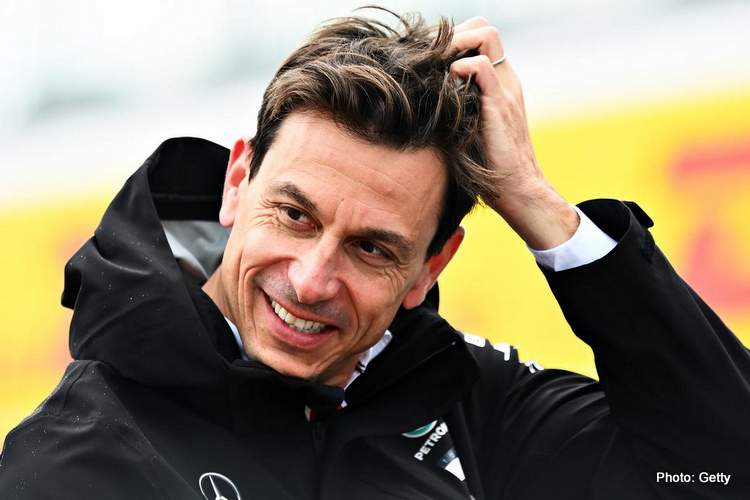 Mercedes team principal Toto Wolff has confirmed he is considering his future with the team and within Formula 1.

Wolff has overseen a period of sheer dominance from Mercedes with the team winning every drivers’ and constructors’ championship since 2014, eclipsing the four straight doubles achieved by Red Bull from 2010-13.

But the 48-year-old Austrian said on Friday at the Spanish Grand Prix he was talking “almost every day” with Daimler chairman Ola Kallenius – who is also the head of Mercedes-Benz – about his future.

“These are discussions which are ongoing. … The discussions we are having are very good. I´m happy that my relationship with Ola is probably as good as it can be,” Wolff said.

“I don´t want to give it a spin that I´m leaving, because that is not the case. It´s just I´m in a moment of reflection where F1 is heading to, what is happening around the COVID case, and also personal reasons.”

With his wife Susie Wolff also working in motorsport, Wolff feels it may be time to take a step back.

“Susie is in a good place running a Formula E team and that means she´s away a lot,” he said. “I´ve been to god knows how many Formula One races, I think 120 F1 races in the last eight years, and that´s something we´re thinking about.”

Wolff has not ruled out staying on or taking on another role in F1, “What that means for the future is a decision I need to take, together with my wife, and together with Ola.

“That doesn´t mean I won´t be around as a team principal, or I won´t be around in another role. It´s just that I´m thinking about it. … There are many factors which make me want to stay in F1. On the other side, it takes a toll and this plays into my consideration.”

F1 champion Lewis Hamilton, who has won five of his six world titles alongside Wolff, has yet to sign a new contract for next season.

Hamilton previously said his own future was linked to what Wolff does.

“It´s flattering that he says that is dependent on what I do. But he doesn´t need me. He has a great team there that will always support him,” Wolff said.

“Lewis staying at this moment is the best he can do and is what he wants to do. He has the possibility of achieving great success going forward, winning more races and hopefully championships.”