Vettel: I have a better feeling with the car 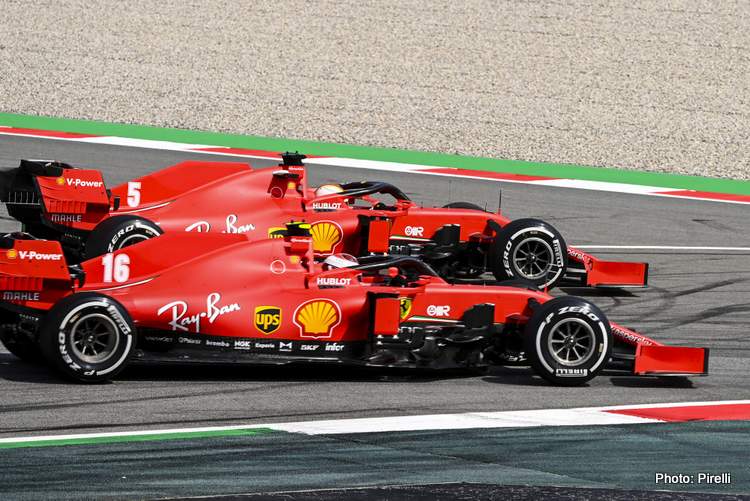 Sebastian Vettel will be looking to make amends for the costly mistake he made on the opening lap as Silverstone on Sunday, but the Ferrari driver was still struggling on day one of the Spanish Grand Prix weekend, but not as bad as he was a week ago.

Friday started well for Vettel, fifth fastest and only a few hundredths of a second off teammate Charles Leclerc in the sister car.

But things went backwards for the German in the afternoon FP2 session, ending 12th fastest, 1.5 seconds down on Lewis Hamilton’s table-topping time and a quarter of a second shy of Leclerc.

Vettel reported afterwards, “It was a mixed day: I was reasonably happy in terms of our one-lap pace, even if in the afternoon I struggled a bit more to put the laps together.

“However, generally, I have a better feeling with the car. Today we tried a few things and we have learned some things we can use tomorrow. Let’s see where we are after quali.

“In terms of race pace we should be quite okay, but obviously there is still some work to do. In particular, managing the tyres will be key and with the high temperatures expected to continue, this will be far from easy.”

Leclerc who ended the day sixth fastest revealed little in his summary, “It has been quite a good day, once again better than expected, which is positive. Our quali pace was good, even though there’s still some work to do here and there to improve.

“So I am confident we can extract the maximum out of the car in quali and if I manage to get the balance where I want it to be we can have a pretty good result,” added the Monegasque.