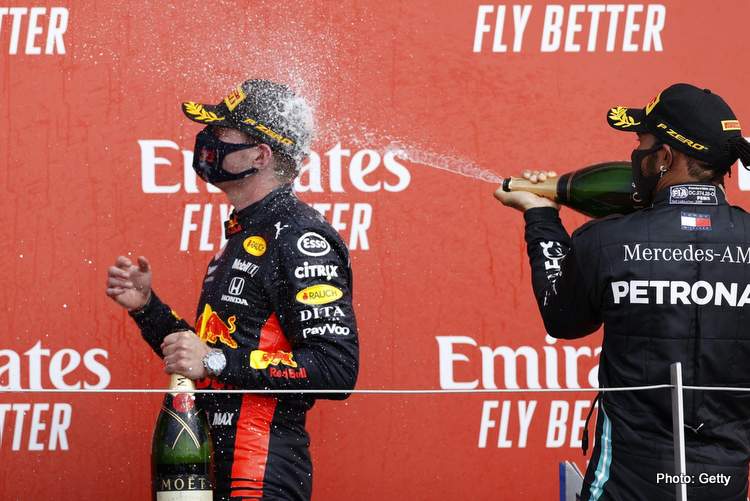 For me it is quite clear that at the moment that Lewis Hamilton and Max Verstappen are the standout talents of this era in Formula 1, this is a personal observation and hence it is no secret I am a big fan of both these drivers.

The likes of Charles Leclerc, Carlos Sainz, Lando Norris, George Russell et al are very handy, great for the future but they are very much ‘work in progress’ and with teams that hardly do their immense talents the justice deserved.

Having the good fortune of witnessing first hand the careers of Ayrton Senna, Lewis Hamilton and Max Verstappen, the latter two are right up there with the great Brazilian in terms on entertainment and box office appeal. The parallels in their careers uncanny for me, but that’s for another time…

Senna’s career is well documented, in his early days with Lotus he performed miracles with a car that seldom was the best on the grid, much like Max has done with Red Bull.

But the McLaren of the eighties, under Ron Dennis, was The Force in the top flight, the Mercedes of the day. Everyone wanted to drive their cars.

Of course, Ayrton made no secret of his desire to do so despite multiple World Champions Alain Prost ensconced within McLaren, content and winning regularly as their number one driver.

History shows that Dennis had the balls to combine Alain and Ayrton, and with it write some of the most dramatic and controversial chapters of our sport’s fabulous legacy. They made a mark, they wrote important history.

Had Dennis been conservative and not signed Ayrton, for 1988, instead kept Prost with 1987 teammate Stefan Johannson (good number two like Valtteri Bottas) for sure the Professor would have gone on to win far more titles.

That said, Toto Wolff is the modern-day Ron, furthermore, the Austrian is the architect of the finest team in motorsport history, graced with one of the greatest drivers of all time getting better with each season.

Of course, rather than rock-the-boat, traditionally conservative Toto has opted for stability and harmony yet again with the Finn remaining the Briton’s teammate at Merc until at least the end of 2021.

However, for 2022 the Merc boss could do us all a huge favour, first he should take a bow for the dominance of the past decade that the team he and Niki Lauda built. Standing ovation for that!

But now it is time Mr. Wolff to show us what he really is made of, namely, break the bank to sign Max alongside Lewis for 2022 and finally give F1 fans (including himself) what we deserve, as Dennis did for us three decades ago. And again in 2007 with Fernando Alonso versus Lewis Hamilton!

I would venture it would be Toto’s greatest challenge, managing Max and Lewis while getting the best for the team. Is that even possible?

If Formula 1 and Toto are true believers in ‘the show” then the Lewis and Max pairing is the box office stuff that will rocket F1 into the stratosphere of mega-attention, plenty more eyeballs and clicks.

Pretty much as it did each time Ayrton and Alain gloved up but without the social media and second-by-second coverage of the sport of this age.

Remember? The Frenchman perturbed by the Brazilian’s holier than though attitude on the track, this and all the shenanigans between the pair that would fill hundreds of Netflix episodes, now etched in the sport’s treasured memory bank.

How many of the past eight seasons have been blockbusters?

Exactly. Too few if any, because Toto – the most powerful man in F1 – has played it safe since the drama of 2016.

In fact, that year for me will always be the standout season of their mighty reign, simply because Nico Rosberg, raised his game and was allowed to go toe-to-toe with Lewis, and beat him.

Remember any other legend-worthy hybrid-turbo era seasons? Neither do I!

I would venture that Lewis – with every F1 record slam-dunked by the end of 2022 – would be open to Max in the sister car, while one would expect that the Dutchman would drive the Merc rocketship for free.

Whatever the case: F1 deserves Max versus Lewis in equal cars. Toto needs to have the gumption to make it happen and manage. If he does, that will be his greatest gift to F1, however, should it goes pear-shaped, think Netflix episodes.

Either way, Toto wins and could well end up being remembered as the greatest F1 team boss of all time if he can contain the dynamite or at the very least, the guy who had the balls to gift us F1 fans what we all want and deserve.