Grosjean: I don’t know where this performance came from 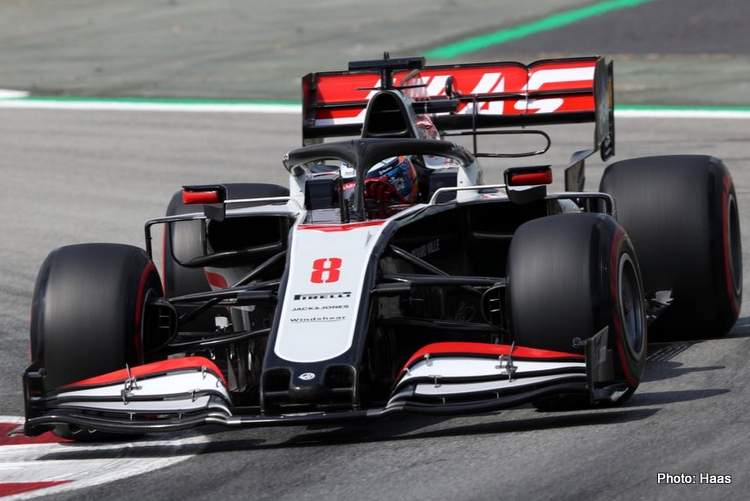 Romain Grosjean was the surprise performer on the Friday of the Spanish Grand Prix weekend, the Haas driver fastest of all the Ferrari powered posse also admitted he does know where the performance came from.

The incident-prone Frenchman kept it clean and fast, ending the day on 1:18.133 which was good enough for fifth fastest faster than the best effort by Charles Leclerc driving for their engine supplier Ferrari.

Grosjean admitted in his end of day report, “I don’t really know where this performance came from. In all fairness, it’s the same car from the beginning of the year, we’ve just been making some good set-up work since Silverstone.”

A fact that will hurt Ferrari who have thrown a fortune at updating their car, only for it to be on par or slower than a car that has not had a new bit on it since last year.

Romain continued, “Sixth in FP1, fifth in FP2, then the long-run pace was pretty good too – we’re really happy with all that. There’s a little bit more work to be done on the car to bring it more to my liking.

“I hope nothing changes though, I hope this all stays the same so tomorrow we can go for a really good qualifying session – that would definitely set up a good weekend,” predicted the Haas driver.

The American team are due a good run but team boss Guenther Steiner, although well pleased, played down the significance, “It looks encouraging but I’m not getting over-enthusiastic about it yet because we still have to qualify on Saturday and race on Sunday.

There are still a lot of things we need to get right – which we could get wrong, so I don’t want to be negative. But overall, I think this is a big boost for the team.

“It’s great that we’ve been this competitive today, it’s an uplift for everybody. Now we have to put in the hard work so we don’t make any mistakes over the next two days. Hopefully we’ll bring home a good result,” added Steiner.