Verstappen: I am not going to tell fairy tales 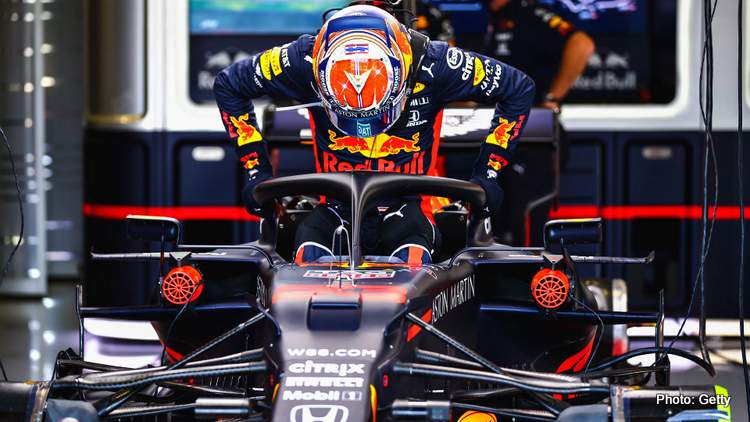 Despite his commanding victory last Sunday at Silverstone, Max Verstappen is under no illusions and is not taking it for granted that his team have suddenly found the magic button to beat Mercedes on a regular basis.

In terms of outright pace, the stats show that the Black Arrows had almost a full second over their rivals at Silverstone, but the softer tyre compounds and heat combined to negate the pace needed to keep Max at bay.

This weekend, for Barcelona, Pirelli have made the harder set of compounds on hand while Mercedes will have left no stone unturned regarding a solution to their tyre woes. With this in hand coupled to the proven pace and they should again have the upper hand.

Meanwhile, Max has not allowed the surprise victory go to his head, “The gap is not frustrating, but it is realistic to say that fighting for the championship is going to be very difficult. Maybe you can fight for a win but thinking about the whole season it is difficult because very few things can be changed in the engines.

“I am not going to tell fairy tales, I am honest and clear. The only way forward is to continue working to be better than them and reduce the difference. I don’t think we will be able to reduce the distance of a second in qualifying, even with the softer tyres, so I hope the scenario is very similar.

“We will be a little faster than the rest and a little slower than Mercedes,” predicted Max. “So we will try to close the gap and be closer.”

As for this weekend in Spain, where Red Bull will be looking to again put the pressure on Mercedes, Verstappen said, “The track at Barcelona is also quite hard on the tyres so I’m not sure how they will hold out in the heat.

“There will be a lot of unknowns as we usually race there earlier in the year, but I’m really looking forward to it and after the win last weekend I’m excited to get back on track.”

Circuit de Barcelona-Catalunya is a special place for the 22-year-old who famously won his first Formula 1 race on his debut for Red Bull at the 2016 Spanish Grand Prix; in 2018 and 2019 he was third both times.

On another note, asked to evaluate his toughest teammate, the Dutchman replied, “It’s hard to say, when I started in F1 I didn’t have much experience in single-seaters and the beginning was a learning process. Daniel was a good teammate. In Formula 1 all the drivers are fast, so it is difficult to choose one.”