Inside Line: Is it all about Ferrari versus Otmar? 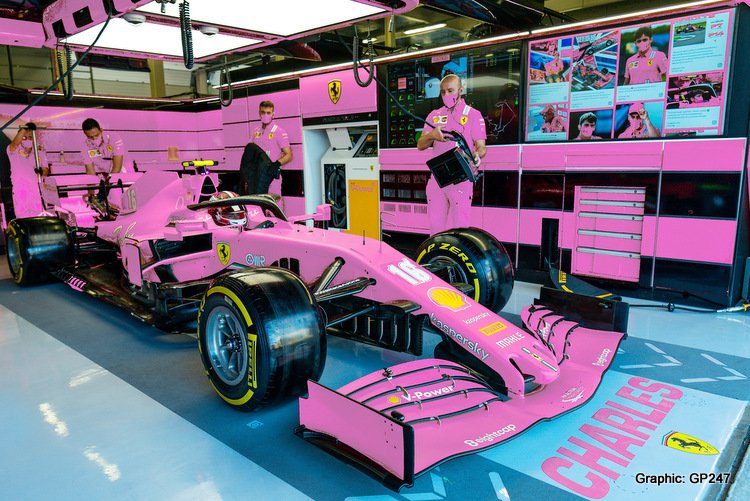 I have been witnessing the Pink Mercedes-gate saga with bemusement, wondering why is Ferrari having such a go at Racing Point for the copycat car they put out for this season.

Afterall the business model employed by Lawrence Stroll and his crew is almost identical to the benchmark-setting one that Ferrari engineered with Haas when they entered the sport back in 2016.

And that’s when the penny dropped! Deja vu.

At the time of the arrival of Haas on the big stage, there was a big stink regarding the legality of the car, moaning about it was impossible to build and F1 car so quickly without having access to the intellectual property.

It rumbled on for several months before quietening down, but the Haas-looks-like-a-Ferrari of 2016 was always a bug-bear for many, and the arrival of the American team in the top flight was tarnished by the saga. A similar saga erupted in 2018.

Notably in both episodes, Moaner-in-Chief was none other than Force India, with Otmar Szafnauer acting Force India team principal at the time, who grabbed more than a fair share of headlines with their persistent criticism of Ferrari and Haas at the time.

“When you design, make and build your own cars, and there’s one team that isn’t doing it, and is getting a lot of technology from a top team, you’re going to get that friction. I think that’s what it’s really about. It’s not about the competitiveness. That’s the root cause of the friction.”

Yes! That’s what Otmar was said back then.

And with regards to shared parts and their uncanny similarities, he continued, “It’s kind of like having two snowflakes that are the same. It’s tough for two totally independent designers to design an aerodynamic piece with exactly the same radius that isn’t compliant.”

Fast-forward to now, Force India is now Racing Point and soon to Aston Martin, questions are being asked about the RP20’s similarity to last year’s title-winning Mercedes W10.

Last month Szafnauer told reporters, “We copied the Red Bull in the past too, but we copy it within the rules. So we see what they are doing, we take pictures, we try to understand it, we run it in the tunnel, and we do it ourselves.

“We look to see what is fast. We thought: that’s fast, can we do the same. No different than what we did with the Red Bull when we ran a high-rake concept.

Ironically, at the time when Force India was on the warpath about the copy cat Haas, team boss Guenther Steiner said,  “They see ghosts. The car looks very similar to a Ferrari from last year… So should we have copied a car which is behind us, or should we go with a car that goes pretty quick? Give me an answer to that.”

In fact Steiner saw no problem with the Pink Mercedes initially and told reporters in Barcelona, “What is wrong with that?

“The regulations are quite clear, you don’t exchange CAD data. I would put it like this, they use a lot of Mercedes parts on their car, so why would they go and copy Red Bull? It is the same with us. We buy a lot of parts from Ferrari, so which car we going to copy? I guess a Ferrari.

“If we were to copy a Toro Rosso or a Red Bull, we would be pretty stupid because we are trying to invent something that isn’t there. I think they are just doing what we are doing, just trying to get the best out of it, and use that model.”

And then inadvertently, or not, the outspoken Haas team principal got to the crux of the matter, “Sometimes you have to think before you talk. We all know they complained quite heavily a few years ago. And now it is going full-circle.”

In racing, throughout history, everyone copies the benchmark cars and Otmar claims to have proof that the contentious brake-ducts were their in-house creation and not simply plucked off the Mercedes spare parts shelf as some are suggesting.

“It is impossible for them to be illegal, brake ducts, just so you know, take a long time to design and make, they are very, very complicated and we have 886 individual drawings for our brake ducts,” explained the Racing Point team boss.

Which begs the questions: Is Otmar paying the price for his trash-talking the Ferrari-Haas deal a few years ago? Is this even about Racing Point? Or is it all about payback?

Incidentally, this ‘Tracing Point’ yarn originated as a Renault versus Lawrence Stroll’s team, but gradually sides emerged with Ferrari, at first quiet, clearly the ‘muscleman’ in the protesting camp and apparently with an axe to grind.

They not only want the Pinks DQed, but Maranello also have an issue with the levity of the punishment meted out by the FIA. Taking it all into the realm of nasty, at a time when the likes of Williams and McLaren jump ship and swim away from the protesters.

With Racing Point morphing into Aston Martin next year, and Ferrari reject Sebastian Vettel supposedly set to spearhead the effort, the Reds might well feel it within their game-plan to start attacking the beast while it is still germinating.

A smart Maranello lawyer may even have suggested that Ferrari do the early punching on behalf of Haas as they appear to be doing. If the legal advisor is ambitious and creative he might even suggest that if they punch enough who knows what they will find? Another Nigel Stepney?

In other words: All is fair in love and war, as Otmar may be coming to realise he pays the price for old battles against an adversary with a long memory. And now, with opportunity knocking, the knives are out to inflict maximum pain.

They’ll all probably tell you that the one thing is not related to the other, but I will wager the scenario is as laid out above or thereabouts.