Hamilton: They’re always trying to slow us down 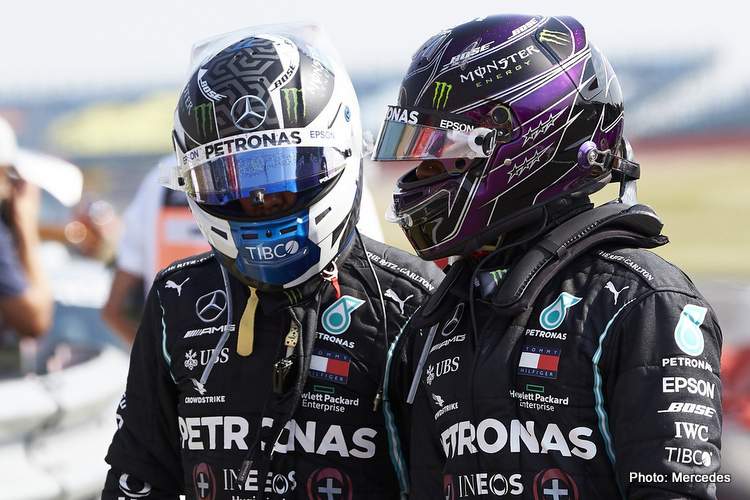 The much much-vaunted party-mode that Mercedes drivers have enjoyed for several years may soon be a thing of the past, possibly outlawed from the Belgian Grand Prix onwards.

One could argue that the might of Mercedes has foundation on the awesome pace they could show in the final stages of qualifying when everything was full dialled-up, Lewis Hamilton and his teammates have enjoyed anything up to six-tenths of a second on their rivals.

Ahead of this weekend’s Spanish Grand Prix, Hamilton told reporters of the possibility, “No surprise, they’re always trying to slow us down.”

As for the impact on the world champions, Hamilton added, “Just going back to the fact, at the end of the day, the guys at our team have done such a great job with the engine.

“As I told you, it’s obviously to slow us down, but I don’t think it’s going to get the result that they want. So, it’s totally fine if they do it,” added the Mercedes driver.

With party mode, a Mercedes has lined up in pole position 99 times out of 126, with Lewis bagging 65 of those top spot starts.

Teammate Valtteri Bottas said of a possible party-mode clampdown, “For me it’s impossible to say how much other engine manufacturers are gaining when they are kind of using full beans.

“Of course, you can’t always use the full power because then it puts the engine to the risk. So I have no idea in detail of the others, so I don’t know if we are losing compared to others or if it’s the same, but obviously we take it if that’s the regulation,” added the Finn.