Marko: The biggest problems with our chassis have been resolved 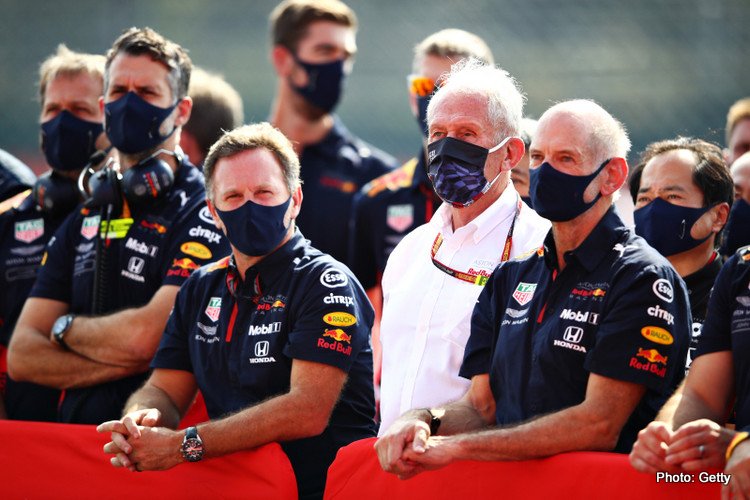 Red Bull’s victory in the 70th Anniversary Grand Prix was in part due to significant improvement the team has made with its chassis in recent weeks, says Helmut Marko.

Branded as “misbehaving aerodynamically” by team principal Christian Horner after the Hungarian Grand Prix, the Adrian Newey-designed RB16 has been noted as being particularly hard to drive.

Nearly three weeks removed from those comments, Marko believes Max Verstappen’s win is indicative that the misbehaviour has been controlled, although there is still work to be done.

“The big goat is out of our chassis, but a small worm is still in there,” he told Auto Bild. “But we always said that the championsip is not over for us.

“You forget that we could have won the first race in Austria in terms of speed.”

Helping Red Bull’s cause is that front-runners Mercedes have far greater difficulty maintaining their car in hot conditions, which affected them on Sunday and Marko thinks could continue to do so at the coming races in Spain and Italy.

“In Barcelona it will supposedly be 34 degrees. Then there are two Italian races [Monza and Mugello]. The temperature should also be high there. That’s a plus point for us.”

Currently Verstappen sits second in the driver’s championship with 77 points, 30 behind leader Lewis Hamilton. Second driver Alexander Albon is sixth with 36 points, and while he has been roundly criticised for failing to keep up with his illustrious teammate, Marko says performances like Sunday’s – where he enacted a series of passing maneuvers to come home 5th – show his quality.

“Albon had started the season very well and without contact with Hamilton we would tell another story,” he told reporters after the race. “After that episode he lost confidence and had several difficulties in the following races. He is young and must accumulate experience.

“As long as his performances prove to be increasing we will continue to give him the confidence he deserves, his times in the third and final stint of the race yesterday were excellent ”.