Wolff: These are the days our competition should fear 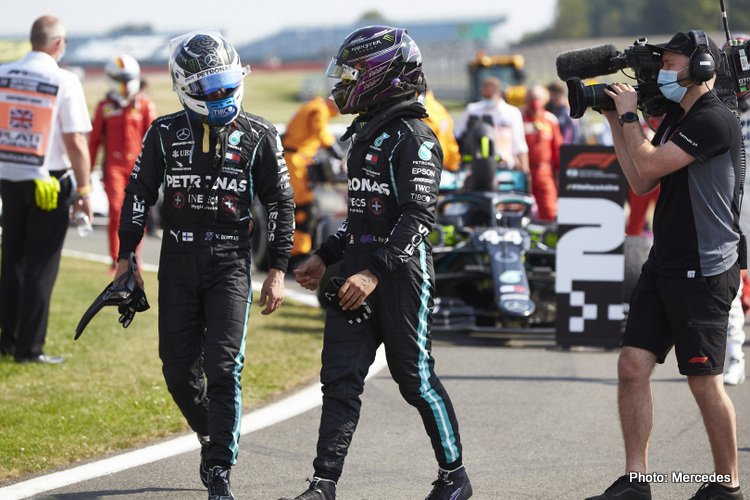 Mercedes’ Formula 1 rivals should be wary of believing the gap to the front is now closing after Red Bull’s victory on Sunday, warns Toto Wolff.

The first race of 2020 the Black Arrows did not win, Red Bull’s Max Verstappen instead took the chequered flag while both Lewis Hamilton and Valtteri Bottas struggled with tyre blistering amid the 43°C track temperatures.

Instead Hamilton and Bottas had to settle for second and third respectively, but Wolff has said days like Sunday are the exception, not the new rule.

“We have always said that the days where we lose are the days we gain the most and the days that our competition should fear,” he said to Sky Sports F1 afterwards.

“Today is a day that shows you have to be humble in the sport. People have said this championship is done and Mercedes are going to win every race and here you go, we haven’t.

“That’s why all of us are going to dig deep and try to understand what the problem was and look at Barcelona to see if we have some solutions.”

And while pole-sitter Bottas indicated he would have had a chance had the team opted for a different strategy, Wolff argued it would have made little difference.

“No, the win was not there for us. Clearly we were not the fastest car and from that you cannot then optimise the strategy.

“It is not clear whether we did everything right or wrong but when you have such a margin like Max had then it was ours to settle for second and third and protect these positions.

“We have seen that we have this deficit in very hot track temperatures. That was the case today and that was the confirmation.

“We were not able to hold onto the tyres because of blistering and Max was posting green times all the time which means he just kept going faster.

“That is something we need to get on top of and understand.”

As to whether Mercedes could have started the race on hards by running them in Q2 as Verstappen did, Wolff admitted it had never been under consideration.

“I don’t think it was a thought, but our assumptions were that we wouldn’t be as bad [as we were]. Clearly we can say we have been an outlier to the whole field [on tyre management] and we’re not quick enough, the gaps have shrunk and you saw in the race that our tyres starting to blister even harder after 10 laps and Max did 25 or 28 laps.

“We didn’t have the pace to win today and we have to congratulate Max and Red Bull as they did the better job today.”