The Day After: Magnificent Max 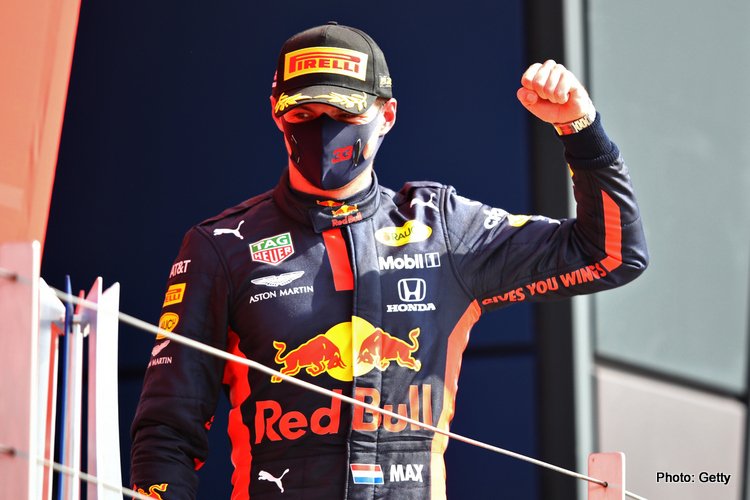 Hide your kids, hide your wife, hide your grandma… no one is safe when Max Verstappen is on the prowl.

That, if anything is the lesson to take away from Sunday’s 70th Anniversary Grand Prix. Whatever the Red Bull RB16 is – or isn’t – Max has consistently found a way to extract the maximum from it, and when that maximum was for once a race win, by god did he extract it.

Obviously it helped that Mercedes’ own potential was significantly diminished from a week ago, but Max made a very difficult task look easy, and while there was no singular standout moment, it’s a win that will live on the memories of F1 fans long after Max has hung-up the boots.

As to the question of whether this changes the championship picture at all, I think it’s safe to say it doesn’t. Mercedes still clearly has the faster, albeit more heat-sensitive car (maybe the same way Bernie wanted to put sprinklers on the track, Chase should look into heat lamps?), and it will take another perfect storm with the tyres for another race to be won on merit. Yet what it does show that even at its seemingly most predictable, this sport can find ways to surprise, and that is why we love it.

On the flip side, Sunday simply wasn’t good enough from Valtteri Bottas. Credit where its due, he did well off the line, but then just didn’t have the pace to hold off Lewis Hamilton afterwards. If he’s going to lose this driver’s championship, is it too much to ask that he go down swinging?

I don’t think many are surprised the Ferrari-Sebastian Vettel relationship is unravelling, but I do think it’s surprising it’s happened this fast. Seb isn’t even trying to hide his discontent any more, and as he’s allowed the theories about his car’s performance relative to that of Charles Leclerc to fester, it’s no surprise that Mattia Binotto has reciprocated with strong words of his own. Apologies for forgetting who it was, but one of you GP247 commenters suggested we could be headed down a Prost ’91 route with Vettel, and that’s something I can very much see happening.

Poor Nico Hulkenberg, the one race everyone thinks he’s got a shot at a podium, he ends up being fodder for the actual fastest car of the day sitting right beside him. Overall, I’d give his effort these part two weeks a B-. Is that good enough to earn him another shot? I guess we’ll have to see.

Driver of the Day: Max Verstappen

For once, the F1.com fans got it right, although a special hat-tip to Charles Leclerc for his own commendable drive

Worst of the Day: Daniel Ricciardo

He might not have had the best strategy, but to completely throw away a points finish after starting P5 with a ‘Seb spin’ was nothing short of a disappointment. He’s better than that.

“Mate, this is the only chance of being close to the Mercedes’, I’m not just sitting behind like a grandma!” – Max Verstappen

“It is in the gap that we didn’t like. We spoke about it this morning. I’ll hang in there, but you know that you’ve messed up.” – Sebastian Vettel