Le Mans 24 Hours to be raced behind closed doors 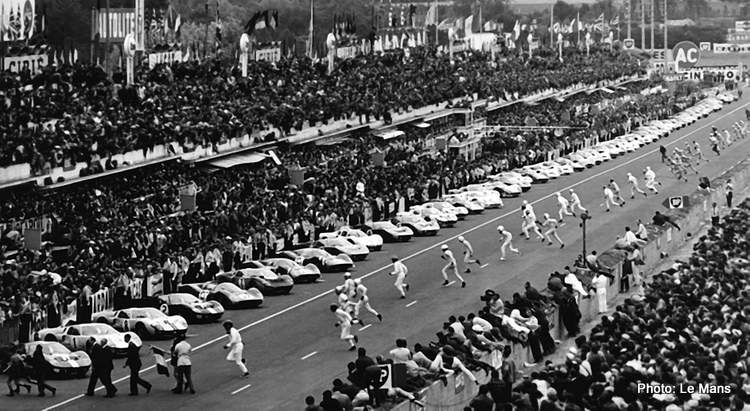 The 2020 Le Mans 24 Hours will be contested behind closed doors this year due to the coronavirus pandemic, organisers announced on Monday.

The annual endurance test attracted a massive 252,000 fans in 2019 and several movies have been made about the event including the cult ‘Le Mans’ starring Steve McQueen in 1971.

“Sadly, the world’s greatest endurance race will be run this year with no spectators trackside,” Pierre Fillon from the Automobile Club de l’Ouest said on Monday.

“Given the constraints involved in organising a festival-scale event over several days in the current situation, we have opted with the local government authorities to hold the race behind closed doors,” he said.

Unlike Grand Prix racing, which develops the fastest cars, endurance tests such as the 24 Hours of Le Mans are designed to produce sporty but reliable, fuel efficient road vehicles.

Various solutions had been considered to welcome limited numbers of fans to the 88th 24 Hours of Le Mans. However, having referred to the public health and safety authorities and given the uncertainty surrounding the development of the situation, the ACO and the Sarthe Prefecture have unanimously decided that the event will go ahead on 19-20 September 2020 without spectators.

Protecting the health of competitors, partners and spectators has always been of paramount concern to the ACO and the FIA.

Fans will of course be able to follow the race from the safety of their own environment. Thanks to the new digital platform they will gain an exclusive insight of what goes on behind the scenes at the 24 Hours of Le Mans.

Pierre Fillon, president of the Automobile Club de l’Ouest: “The 88th 24 Hours of Le Mans will go down in the annals of history as, sadly, the world’s greatest endurance race will be run this year with no spectators trackside. Over the last few weeks, we have looked at many ways in which we could hold our event in September with fans present, albeit in limited numbers.

“However, given the constraints involved in organising a festival-scale event over several days in the current situation, we have opted with the local government authorities to hold the race behind closed doors. There were still too many question marks regarding health and safety.

“We know that our fans will be as disappointed as we are by this decision but, with public health in the balance, it really wasn’t a difficult call to make. You don’t compromise where safety is concerned. Fans will not miss out altogether.

“They may not be at Le Mans, but our media teams and service providers will bring Le Mans to them! We are sure that we can count on everyone’s support and understanding at this time.”

Ticket holders will be contacted by the ticket office regarding their voucher.

The 88th 24 Hours of Le Mans will be held on 19-20 September, starting at 14:30. Behind closed doors. A limited number of journalists will be accepted.