Verstappen: I’m not just sitting behind like a grandma! 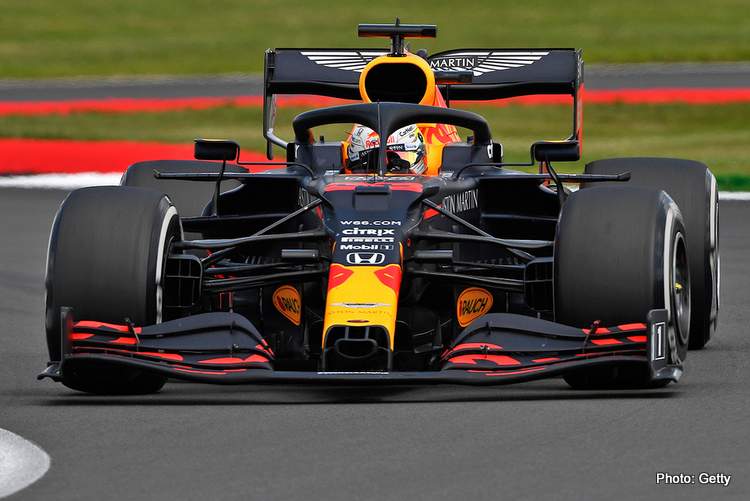 The racer in Max Verstappen refused orders from the Red Bull pitwall to go easy on Mercedes and preserve his tyres, the Dutchman opting to instead attack the Black Arrows and instigate their first defeat of the year.

From the start, Verstappen tucked in behind the Mercedes and stalked them. The black cars were ill at ease on the Pirelli rubber while Max was holding station with the medium tyres his team shrewdly bolted on in qualifying to ensure the #33 was out of sync with the rest around them on the softer compound.

When it became evident that Max could win the race, he decided to throw caution to the wind when told to hold fire. and said as much to his engineer: “Mate, this is the only chance of being close to the Mercedes’, I’m not just sitting behind like a grandma!”

Taking a leaf from the Ayrton Senna F1 Bible: “If you no longer go for a gap which exists you are no longer a racing driver – Verstappen showed why he indeed is one of the great racing drivers of this era.

Sniffing a chink in the mighty Mercedes armour is one thing, hammering them in their own back yard is another thing altogether. Red Bull and Verstappen finally gelled this season to strike the first serious blow on their German rivals.

Clearly, the package was working well in the conditions, and more than once Max reported with confidence from the cockpit: “My tyres feel good. It’s all good, it’s all good.”

It sure was as he crossed the line to win the 70th Anniversary Grand Prix and declared afterwards, “What an amazing race. This is what you get when you keep pushing. What a great day. I think we did everything perfect today. We’re definitely going to celebrate this one.

“I didn’t see it coming, but after the first stint it seemed like we were really good on tyres. Of course there was a question mark how Mercedes were gonna go on the hard tyre. We had a lot of pace in the car and I didn’t really have a lot of tyre issues at all. We just kept pushing.

“An incredible result of course to win here, everything worked out well. I’m incredibly happy. We haven’t really had an opportunity in all the races so far to push them and I could see we were pushing them. I tried to put the pressure on, they had to pit, I did my own pace,” added Verstappen.