The Morning After: A Different Story? 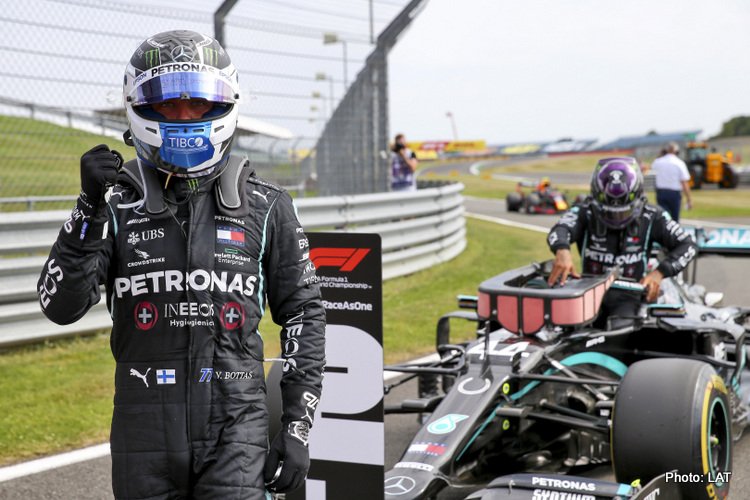 After three straight races of watching Lewis Hamilton storm to pole, Valtteri Bottas finally got one of his own back on Saturday. Suffice to say he needed it.

Having proved repeatedly this season that he doesn’t have the goods to overtake Hamilton on a Sunday, now Bottas won’t need to – assuming of course, he doesn’t get passed at the first corner, or botch his start again.

At the same time, if there’s any race this season where the advantage of pole is likely to be diminished, it’s this one. We know it’s going to be a two-stopper, and that means plenty of room for overcuts, undercuts, and just general tyre-related shenanigans.

So if Valtteri is going to pull this off, he’s going to have find something extra on those in-laps and out-laps. We know Lewis has ‘Hammer time’, but what does he have? ‘Finn-ish him?’ I guess we’ll find out.

Excluding championship deciders, has there ever been a single race that meant as much to a driver as Sunday will for Nico Hulkenberg. Sure, he’s had top-three quali performances before, but I think it’s fair to say this is the first time he’s had a car that can realistically keep him there on a Sunday, and whether he does or not might be the difference between his F1 career restarting, or being completely over.

Pierre Gasly ahead of Alex Albon for the third-straight Saturday = BIG yikes. To be fair we know the Frenchman loves it at Silverstone, but I still find it very hard to justify keeping the Thai in the better car for much longer.

I’m not really one for conspiracy theories, but Seb Vettel’s comments to Will Buxton on Sunday seem to suggest something fishy is going on with his car. I just don’t get how you go from being neck-and-neck with your teammate in Styria and Hungary to suddenly not even in the same ballpark.

With the tyres nominated here (a step softer than last week) a one-stop strategy for the 52-lap race is unadvisable, so a two-stopper is set to be the strategy. The quickest way depends on track temperature and resulting wear on the medium tyre, but optimally it would be to do two stints on the medium tyre of 15 laps each and then a final stint on the hard of 22 laps.

Alternatively, 12 laps on the medium, followed by two stints of 20 laps each on the hard.

The second-quickest strategy is to start on the hard with two stints of 23 laps each, then finish on the soft.