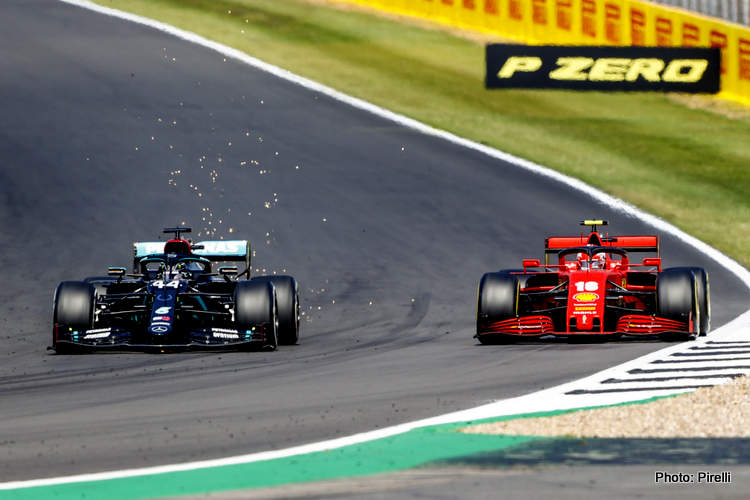 It’s a sad sign of the times at Ferrari when fourth place at the 70th Anniversary Grand Prix on Sunday felt like a victory for Charles Leclerc who salvaged some pride for his team on yet another disappointing day for Tifosi.

Nevertheless, in his race report after soldiering his way to fourth at Silverstone, Leclerc was enthused with the feat, “Today feels like a victory, which is not something we like to say when we finish fourth.

“If you would have told me this morning that I could finish the race in my starting position in 8th, I would have signed immediately,” reckoned the Monegasque.

Missing at least a second on the pace-setters at Silverstone, the Reds are not the same team they were with their blisteringly fast package last year at this time.

Of course since the FIA bust and secret deal the Prancing Horse has become more of a Tired Nag.

Even in terms of strategy, Ferrari were not able to be creative as Red Bull were with Max Verstappen. Something Charles pointed out, “In terms of strategy, the team had some concerns about the one-stop approach, looking at what happened to some of the tyres last week.

“But sometimes, as a driver, you feel something in the car that you can’t see in the data. So I pushed to go for one-stop because I believed I could make it work. I am glad that we went for it and that it worked out well.

“Last year, I knew that my weakest point was tyre management. I worked very hard to improve there, and to see the result on track is a huge satisfaction for me. I am interested in analysing the data from today and understanding where we found our pace.

“I was quite impressed and it was a positive surprise. In tough times like these, we have to take any opportunity we can get, and we did that today, so I am very happy with the result,” added the Ferrari driver who is fourth in the championship after five rounds, trailing leader Lewis Hamilton by 62 points.