Hamilton: Fair play to Max on the win 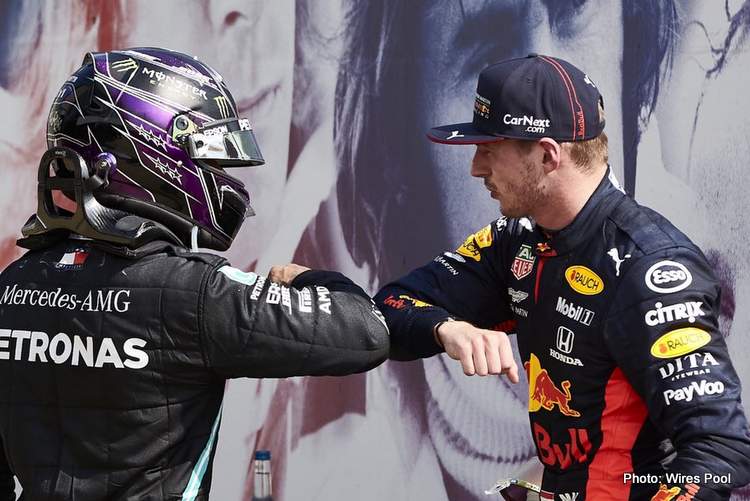 Lewis Hamilton may not have won the 70th Anniversary Grand Prix at his beloved Silverstone he did depart the venue on Sunday afternoon still 30 points ahead in the 2020 Formula 1 World Championship standings.

Coming into the race, Hamilton enjoyed the same 30-points margin over teammate Valtteri Bottas, thus his effort to finish second this time out means he departs for Barcelona having limited the damage in the best way possible – zero points loss either way.

Typically the Briton was quick to praise the winner and said in his post-race report, “Fair play to Max on the win, Red Bull didn’t seem to have the same tyre issues we encountered.”

In the end, Mercedes squandered a one-second pace advantage and turned what was an expected 1-2 into a disappointing 2-3 for the perennial winners who had no answers to tyres that simply did not hold up and allowed Red Bull, through Max, to inflict the damage.

Hamilton continued, “It was a really challenging race out there today. I’m just grateful that we managed to bring it home in P2 and score some good points. We didn’t expect to struggle with the blistering to the extent we experienced it. The first stint was difficult, in the second stint I was managing the tyres like you cannot believe.”

“I was doing everything I could to nurse the tyres, but it made no difference to the blistering. I was pushing so hard in those final laps to pass Charles and Valtteri that it felt like I was racing with half a tyre at the end.

“I don’t know if anyone else struggled with the blistering the same way we did, so we’ll have to see what happened today, but I know this team will get on top of it,” concluded the championship leader.