Why F1’s foray into betting is just getting started 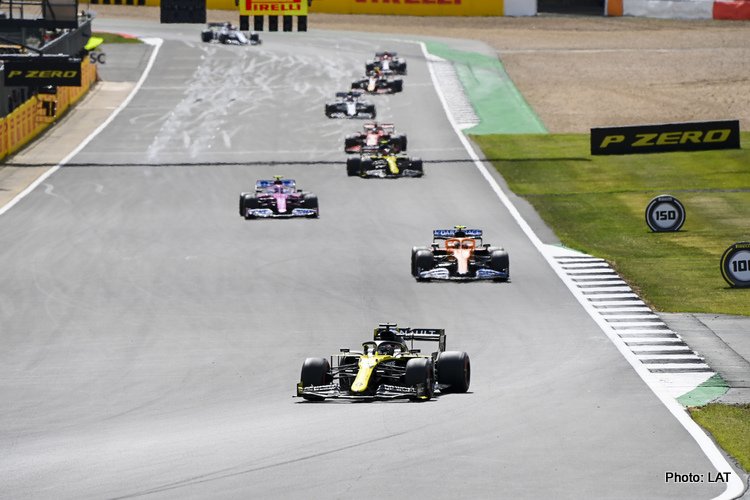 Betting on Formula 1, despite the sport having more data at its disposal than it knew what to do with, was once little more than a punt on the race winner and eventual champion, but times are changing.

This season the sport launched a live in-race betting offering that is expected to boost fan engagement and its coffers.

In a season ravaged by the new coronavirus, with races held behind closed doors, those involved are confident the timing is right.

“It’s become even more relevant because of the impact of COVID on F1 and on sports around the world. Everyone’s an armchair fan,” David Lampitt of Sportradar, the exclusive provider of F1 data to the betting industry, told Reuters.

“So creating multiple different ways and channels by which fans can engage with the sports they love is increasingly important.

“Previously anyone who was interested in F1, and might have wanted to bet, had a very limited set of things they could bet on and our mission has been to really expand that scope,” added the managing director for sports partnerships.

Sportradar has developed 22 different types of market that fans can bet on, with more to come. Lampitt said some 60-80% of betting across all sports was in live markets.

“There’s 1.1 million datapoints coming off the cars and the track every second of the race. The universe of possibility is huge,” he said.

“It’s a data rich sport but that data has not ever been leveraged particularly from a betting perspective.”

Betting options include the total number of overtaking manoeuvres, individual driver passes, driver and team head-to-heads and winning margin with more in the pipeline.

Sportradar say they can get the data out to customers within 50-300 milliseconds.

LATE TO THE GAME
Adam Crothers, Formula 1’s head of digital media, said one of the first projects that landed on his desk after Liberty Media took control and ousted former commercial supremo Bernie Ecclestone in 2017 was to develop a long-term strategy for betting.

Ecclestone had resisted links with the industry during his decades in charge and Formula One managing director Ross Brawn recognised in March there were concerns about influencing minors and addiction.

“Betting is not going to go away. Betting in an unstructured, unmonitored way is far worse than doing it in a responsible and structured fashion,” he told Reuters then.

In 2018 a sponsorship and data rights deal was agreed with Interregional Sports Group (ISG) to develop live in-play betting, with Sportradar creating markets and ensuring integrity.

Last March, F1 announced a deal for online bookmaker 188BET to become an official Asian sponsor but data is key.

“We felt there’s no point brokering a bunch of different sponsorship agreements if we don’t have a really robust betting business that actually is driven by data,” Crothers told Reuters.

“It’s one thing having a deal in place with a betting partner across Asia, across EMEA, across Latam, but it’s entirely another thing to have a data relationship whereby we ignite and monetise that data to make it available to betting markets.”

Crothers said there was a real opportunity to take a sizeable share of the market, but it would take time.

“We’re in the 70th year (of the world championship) and for 69 and a half of those there’s been absolutely no betting activity,” he said.

“We’re late to the game but I think being a last mover in something like betting actually isn’t a bad thing. We can look and see what others have done.”