Vasseur: The bottom row is not where we want to be 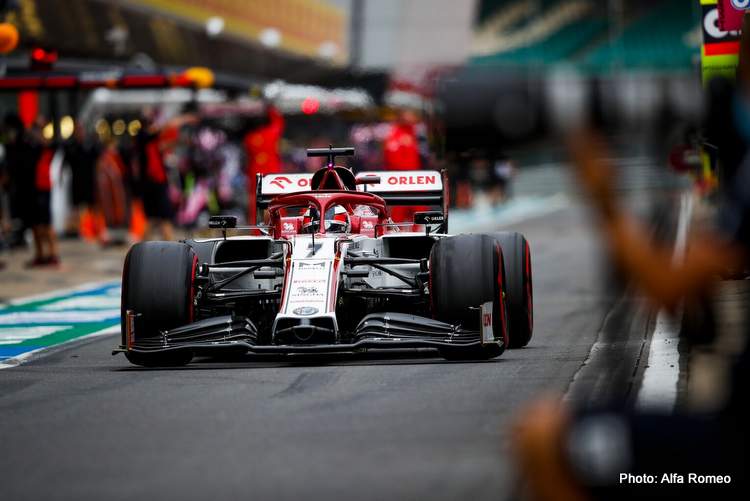 In what was recently the sole domain of Williams last year, Alfa Romeo have inherited the label of back-of-the-backmarkers which will see Kimi Raikkonen and Antonio Giovinazzi line up on the back row of the grid for the 70th Anniversary Grand Prix at Silverstone.

Raikkonen, a veteran of 316 Grand Prix starts will line up in 20th with Giovinazzi 19th as the Swiss team struggles continued for a second week in a row.

In Q1, the Finn was slowest of all, six-hundredths of a second down on his teammate and nearly two seconds down on the top time in the first qualy stanza of the day.

Last year they were 11th and 12th on the grid for the British Grand Prix.

Speaking after the dismal performance, team boss Frederic Vasseur said, “Needless to say, the bottom row on the grid is not where we want to be.

“We knew the circuit layout wouldn’t be the best fit for our car and we are aware that qualifying highlights our shortcomings on the short runs, but this only means we have to keep working hard to find a way forward.

“We have a strong team back in Hinwil and this result must be something to spur the whole team on to improve,” added the Frenchman.

Raikkonen added in the team report, “It’s disappointing to be so far back when we gave everything we had, but it is what it is right now. We struggle in qualifying and getting a better or worse lap means the difference between P16 and P20, which is not that much of a change.

“I don’t think there’s a simple solution to our issues, nor there is much you can do in a week or two, or else we would have done it already: all we can do is go out tomorrow, try our best and see where we end up.”

Giovinazzi was equally disappointed, “It was a difficult day for us as we just missed something compared to our rivals. The conditions were tricky because of the wind, during my last lap I lost grip a couple of times and went a bit wide.

“In the end it wouldn’t have made a difference in terms of making it to Q2. Tomorrow is another day and we will go out to try and make the best of this situation: we need a good strategy and we will push with all we have,” added the Italian.