The Morning After: A Pink Problem 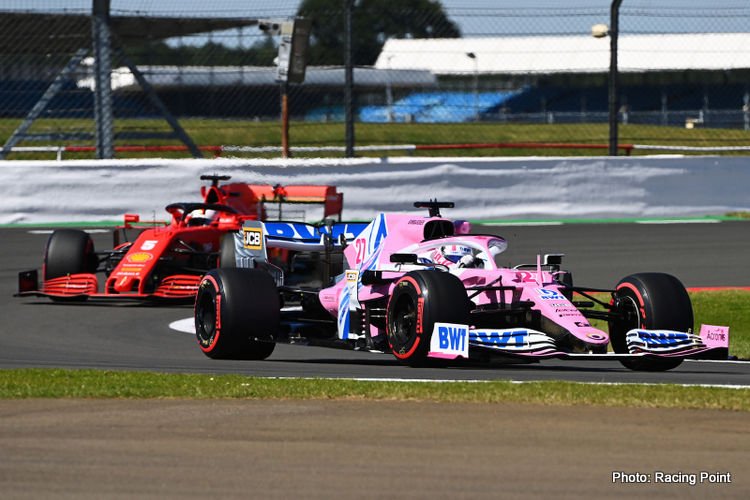 There might have been the usual action on track, but the FIA’s decision to uphold the Racing Point protest was undeniably the big story at Silverstone on Friday.

Suffering a loss of 15 championship points and 400,000 euros, some will think it’s fair, others won’t, but personally, I’m just wondering how this happened in the first place.

How is it, that the FIA can go to Racing Point’s factory in February, go through the process of comparing the RP20 with the Mercedes W10, and give it the ‘OK’ if it was indeed illegal?

And yes, I know that FIA single-seater chief Nikolas Tombazis has disputed Racing Point’s claim that the brake ducts were inspected on that occasion, but that is beside the point. Either they looked at it at the time and didn’t do their due-diligence (comparing CAD drawings, etc), or they wilfully ignored investigating a listed part, or they don’t understand their own rules. Whichever way you cut it, they seriously dropped the ball.

And considering this is the second time the FIA has dropped the ball in six months (after the Ferrari fuel-flow investigation), you really have to wonder if their rule enforcement procedures need an overhaul. After all, with the addition of a budget cap, aero-testing limitations and a whole new chassis in the next two years, their job is only going to get more complicated. From what we’ve seen in these two instances, who can trust them to handle it?

1. Amount of times Valtteri Bottas has led a Friday practice session this season after toppingFP1. Kind of a surprising stat, no?

62. Sets of soft tyres used across both practice sessions. Compare that to 18 combined of medium and hard. If anyone uses softs in the race I’ll be gobsmacked.

P3. For Daniel Ricciardo in FP2, a day after he said Renault could finish third in the championship. Maybe he’s onto something…

One good thing to come out of this whole Racing Point saga is the mud-slinging in the press. Whether it’s McLaren CEO Zak Brown accusing RP of lying, or Toto Wolff suggesting the aggrieved teams are just salty about their performance, it’s a welcome B plot in a season where the main narrative seems already decided.

Can someone get Seb Vettel a witch doctor? Or a shaman? The poor guy seems have nothing but bad luck of late.

I’m hoping for big things from Nico Hulkenberg this weekend. Certainly closing the gap to Lance Stroll in practice – was 0.636s in FP2 last week, 0.245s today – is a decent star